Saved by a single arrow 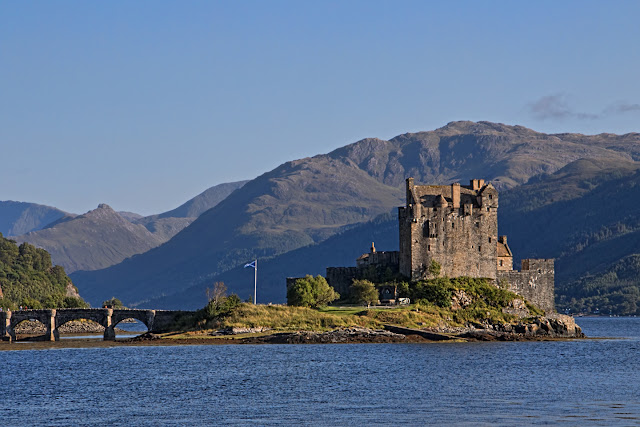 The castle has appeared in numerous movies and television shows, but its actual history is more dramatic than most fictions. In the 16th century it was held by Clan MacKenzie, when Donald Gorm MacDonald was conducting a series of raids on MacKenzie lands. He learned that the castle had only a few men occupying it, and attacked. 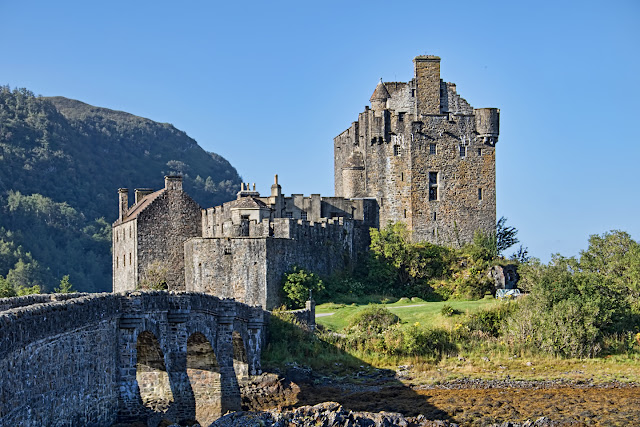 Two of the three men inside the castle were killed, and the last one, a young man named Duncan, was down to his last arrow. He shot at Gorm, and hit him in the foot.

When Gorm pulled the arrow out, he tore an artery and bled to death, and the MacDonalds fled.
Posted by Kathleen at 8:34 AM