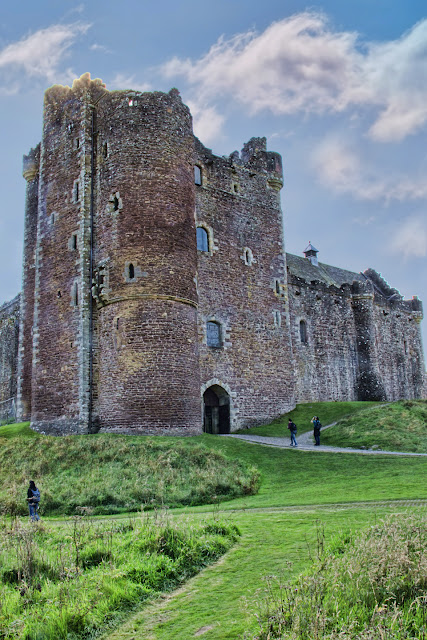 Last stop on the Highland tour was a visit with yet another celebrity, Doune Castle.

I had been there before on my first trip to Scotland. At that time it was described as the castle from Monty Python and the Holy Grail, and several people who'd never seen the movie were at a loss as to why we would bother to stop there.

Since then, its career has really taken off, and Ewan introduced it as the castle that played Winterfell in Game of Thrones and Castle Leoch in Outlander. Oh, and it was also in that Monty Python movie.
Posted by Kathleen at 9:42 PM