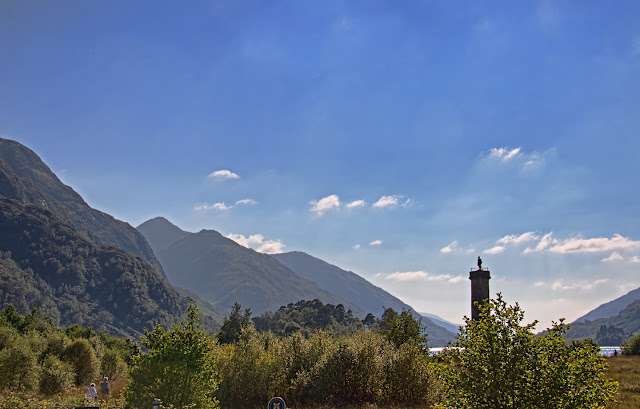 This monument, of an anonymous Highlander standing on a tower, commemorates the 1745 uprising and all those who died in it. This is where Charles Stuart raised his standard and announced that he was claiming the thrones of England and Scotland in the name of his father.

A few miles north of here is Loch Arkaig, where the gold sent by the Spanish government to support the uprising was hidden -- it didn't arrive until after the battle of Culloden, so some of it was used to help Jacobite leaders flee and the rest may well still be hidden there. There are periodic contests and treasure hunts but nothing has ever been found.
Posted by Kathleen at 4:24 PM