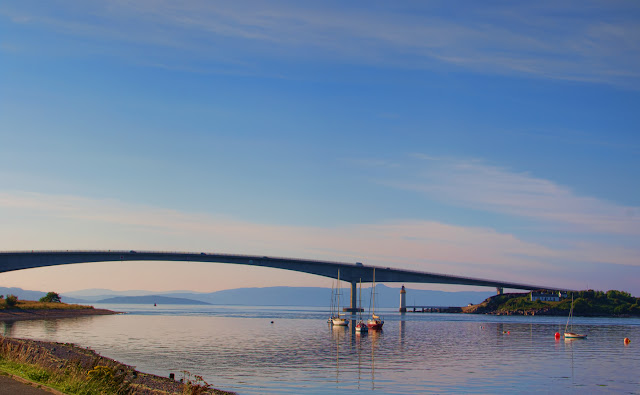 The design of the bridge was supposedly meant to suggest a seagull in flight, but the history wasn't nearly so poetic.

Until the bridge was built in 1995, ferries were the only transport to and from the island. When the bridge opened, the closest ferry, between Kyleakin on Skye and Kyle of Lochalsh on the mainland, was discontinued, so residents had no choice but to use the bridge. And pay the tolls.

The company that built it had funded the construction themselves, with the agreement that they would also operate the bridge and charge tolls to recoup their costs. But the fare, more than five pounds each way, made it (or so the protesters claimed) the most expensive road in Europe. After years of controversy and protest, the Scottish government bought the bridge in 2004, and there are no more tolls.