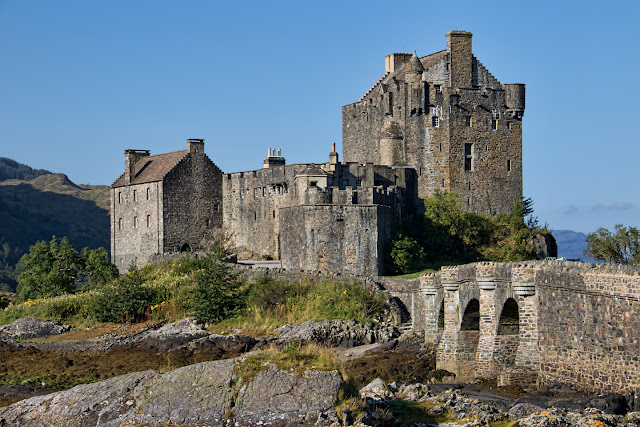 Like most Hollywood stars, the castle on Eilean Donan doesn't take a bad picture -- it's stunning from any direction.

Eilean is the Gaelic word for island (rhymes with feelin'), and this particular eilean is just down the coast from Plockton, at a point where Loch Alsh converges with two other lochs. It's named after a 7th century Irish saint, who reportedly asked a band of marauders that arrived while he was in the middle of saying Mass if they would mind waiting until he had finished before beheading him. Which, proving that even pirates have manners, they did.

There's no trace of the church St. Donan is supposed to have built here before heading off to the Hebrides and martyrdom; the castle is 13th century, and the bridge connecting the island to the mainland is only a hundred years old.