You can always go downtown 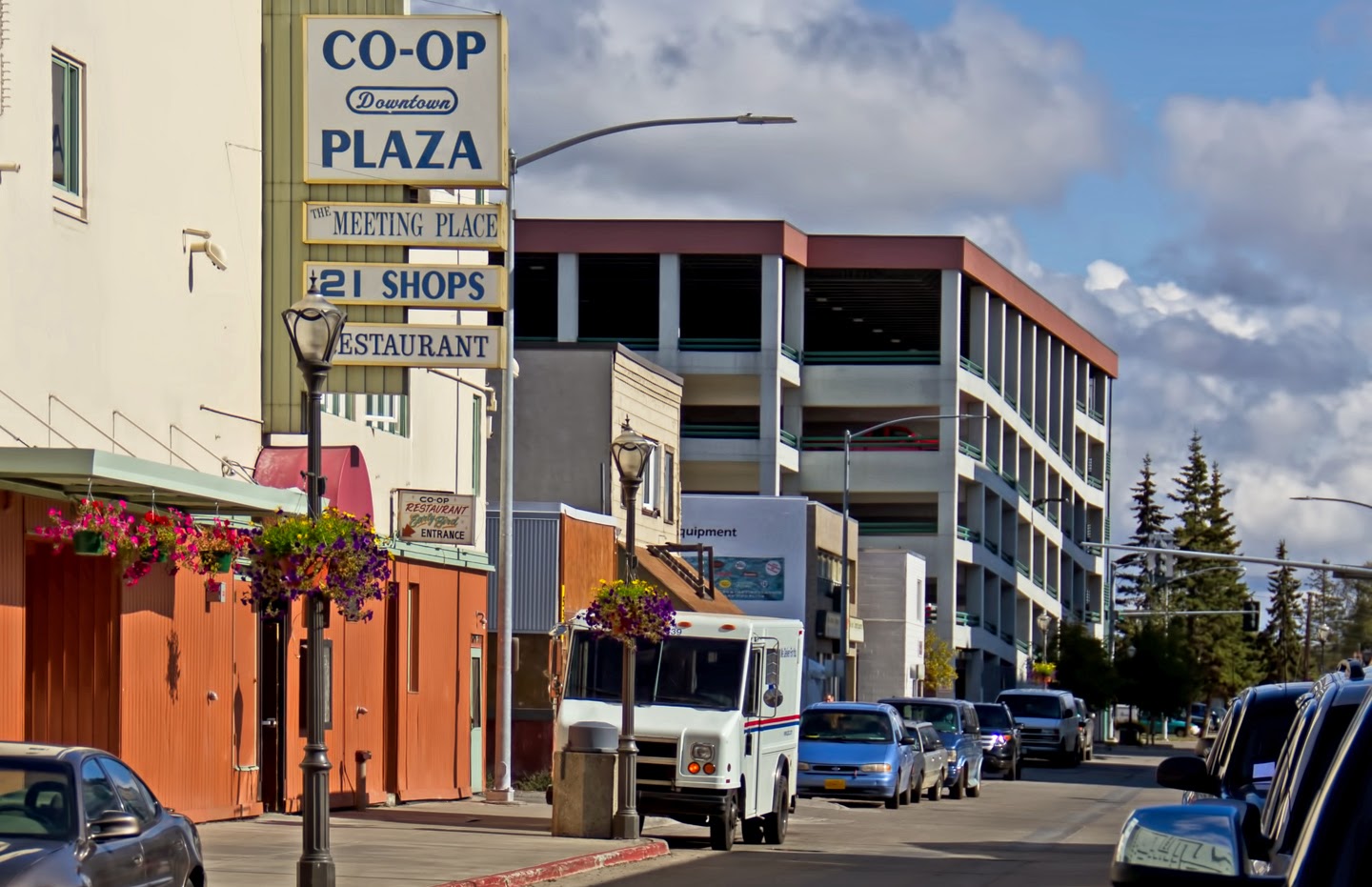 After lunch I decided to head downtown and buy some more effective bug repellent while I still could. I had a map, and I followed the signs for downtown Fairbanks, but somehow found myself on the other side, on the Airport Road, without having figured out where to turn off.

I turned around and tried again. No luck. Finally I pulled over on a residential street and checked the map. Apparently, this was downtown Fairbanks -- a couple of hotels, a few stores, and a strip mall with 21 shops. I parked and walked around, and it was definitely charming, though in a way that I think of as small town rather than "third largest city in the state," even if the state is Alaska.

I didn't see any drugstore or similar establishment, but I did find an camping/hunting/outdoors store that had a wide selection of insect repellents to choose from. Anything else I needed I decided I could live without. 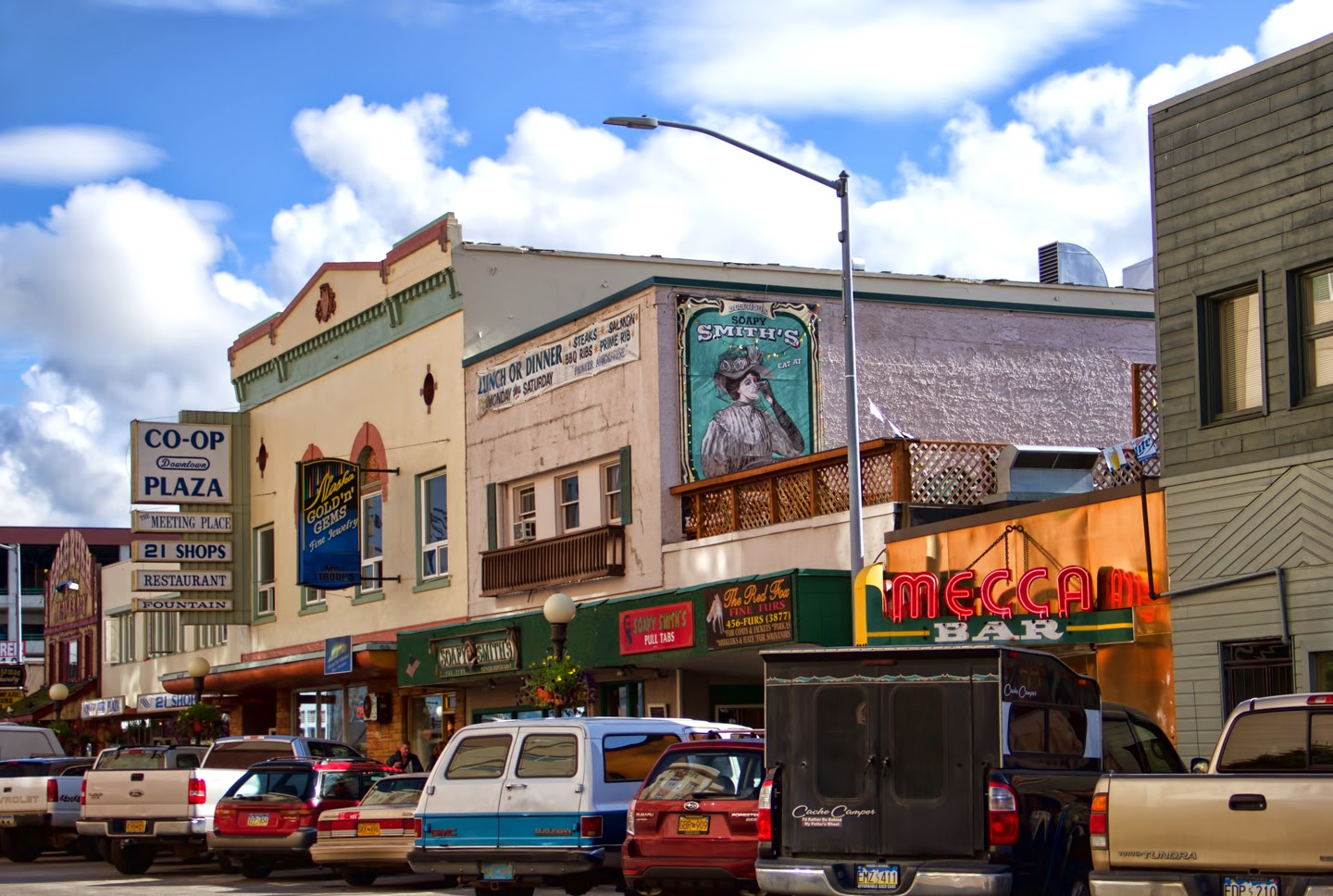 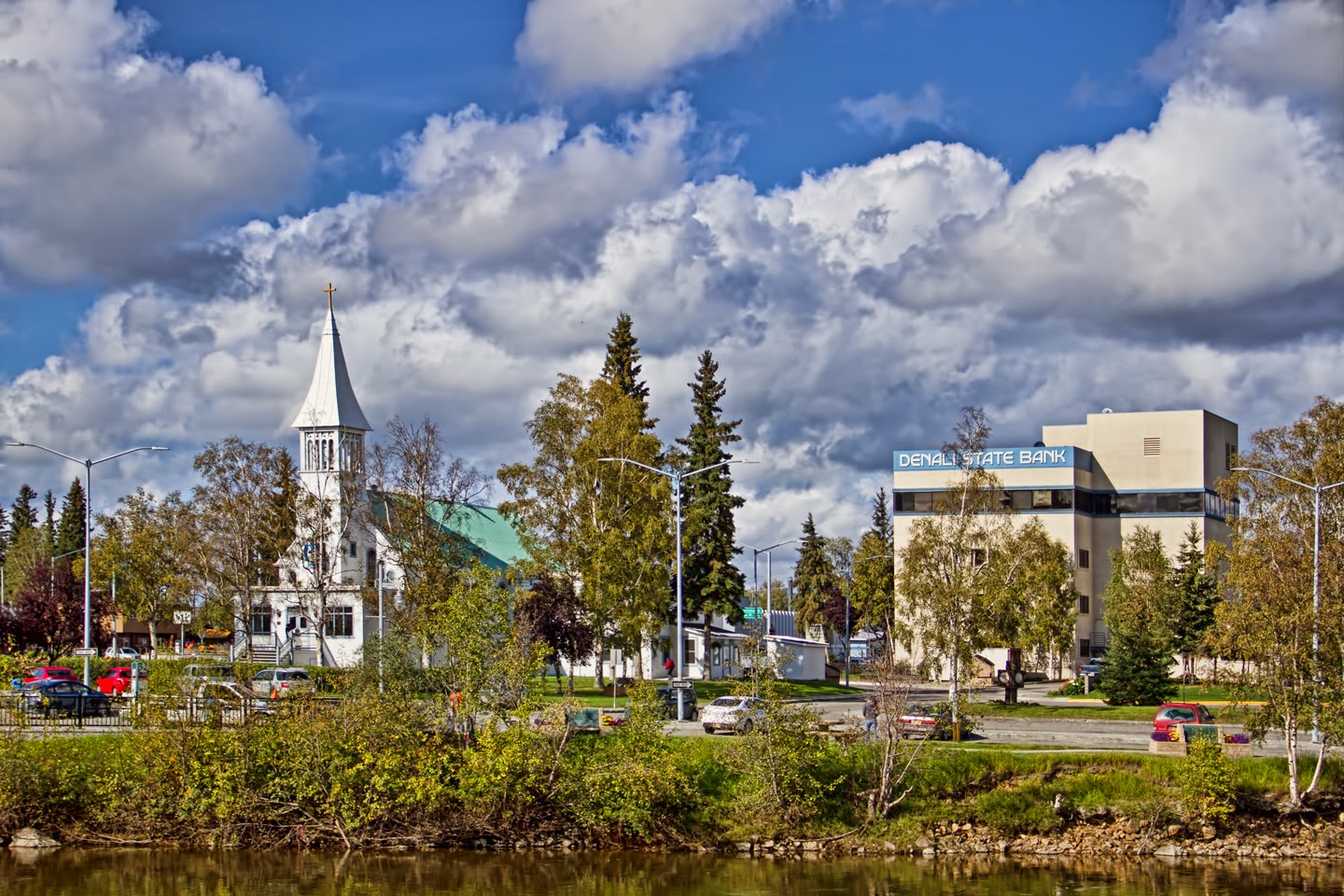