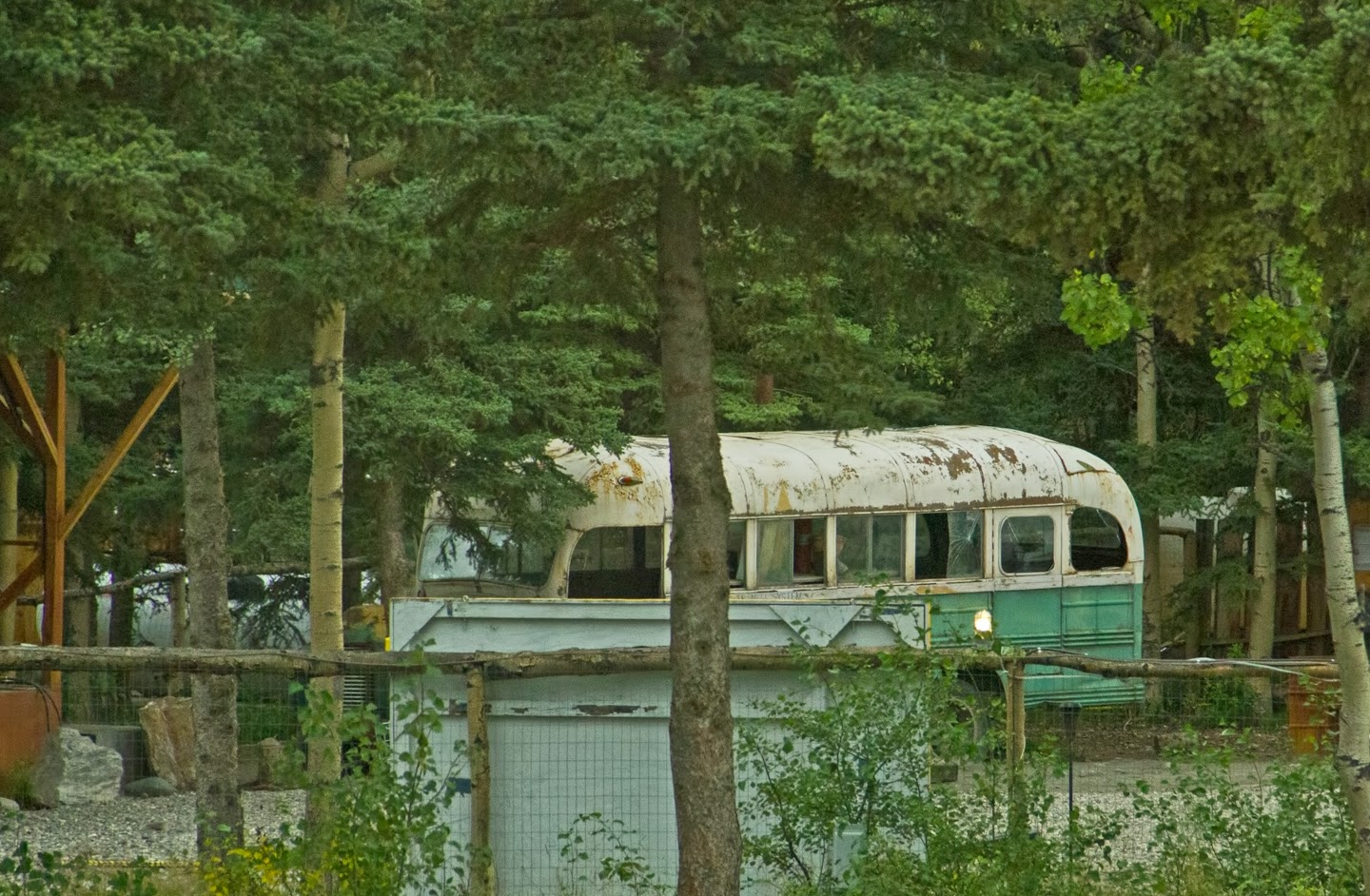 Here's a reminder of the wrong way to approach Alaska: a decrepit Fairbanks city bus, parked near the Stampede Trail into Denali National Park. It's identical to the one Chris McCandless lived, and died, in during the summer of 1992. Jon Krakauer wrote Into the Wild about McCandless a few years later; this bus was used in the movie version.

The Stampede Trail bus is still there, but since the movie came out, it's become a perverse kind of pilgrimage destination. So many of the visitors end up having to be rescued that the Park Service is considering moving the bus to a more accessible site closer to the park entrance.

I'm lucky enough to be able to do it the right way, with National Geographic and experienced guides. Plus amenities. I tend to have my most ecstatic encounters with the majesty of the natural world when I'm rested, fed, and sufficiently caffeinated.