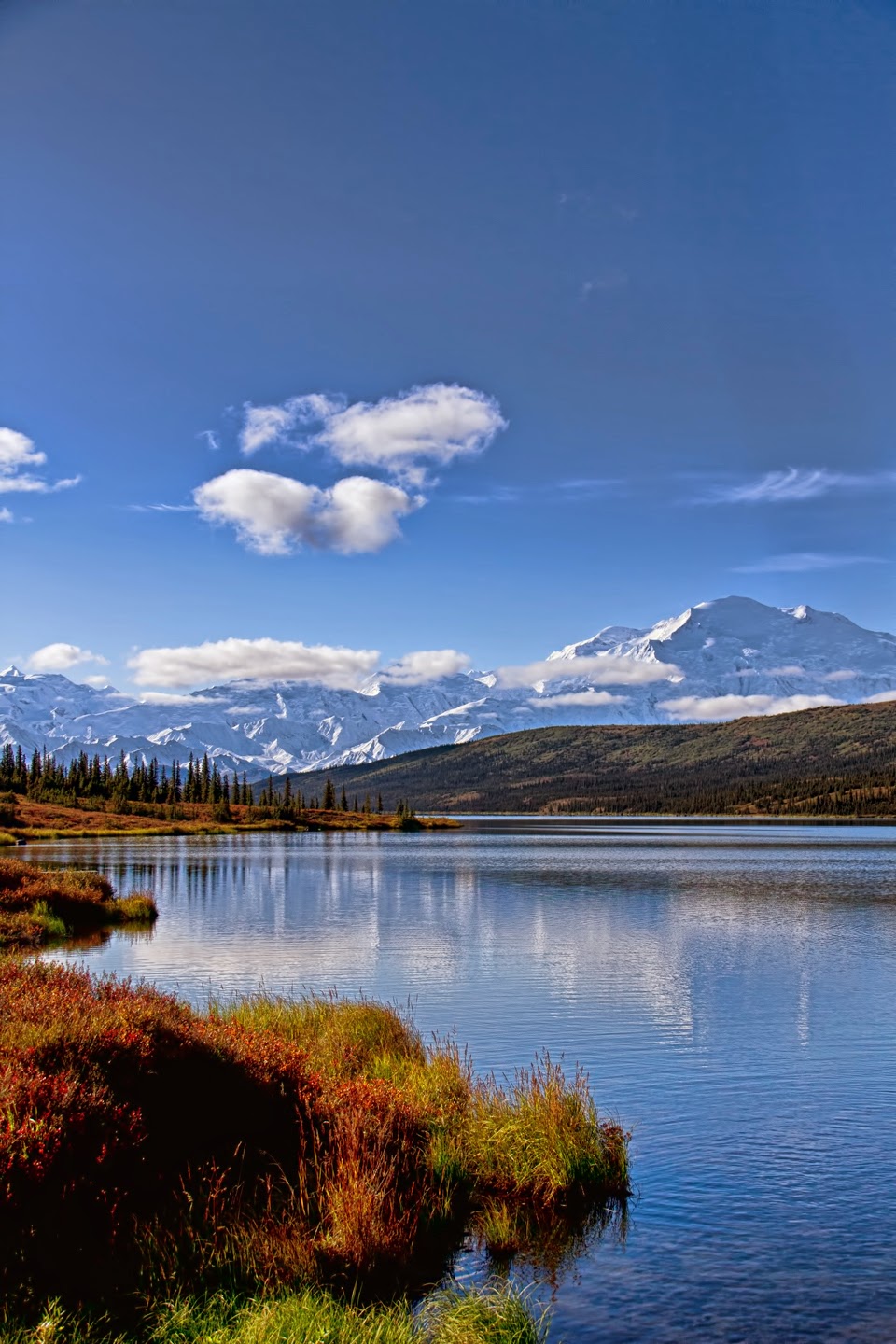 And there it is, the elusive celebrity mountain, Denali, the "High One" in Athabascan. (Everyone uses  "Denali" for the park name but most people seem to use "McKinley" for the mountain. Since McKinley never even saw his namesake mountain -- it was named before he was even elected president, by Alaskans who for some reason liked his support for the gold standard -- I decided I like Denali better.)

The lodge arranged for us to do an abbreviated Wonder Lake hike before our flight. It was, simply, one of the most beautiful places I've ever been.
Posted by Kathleen at 7:20 PM