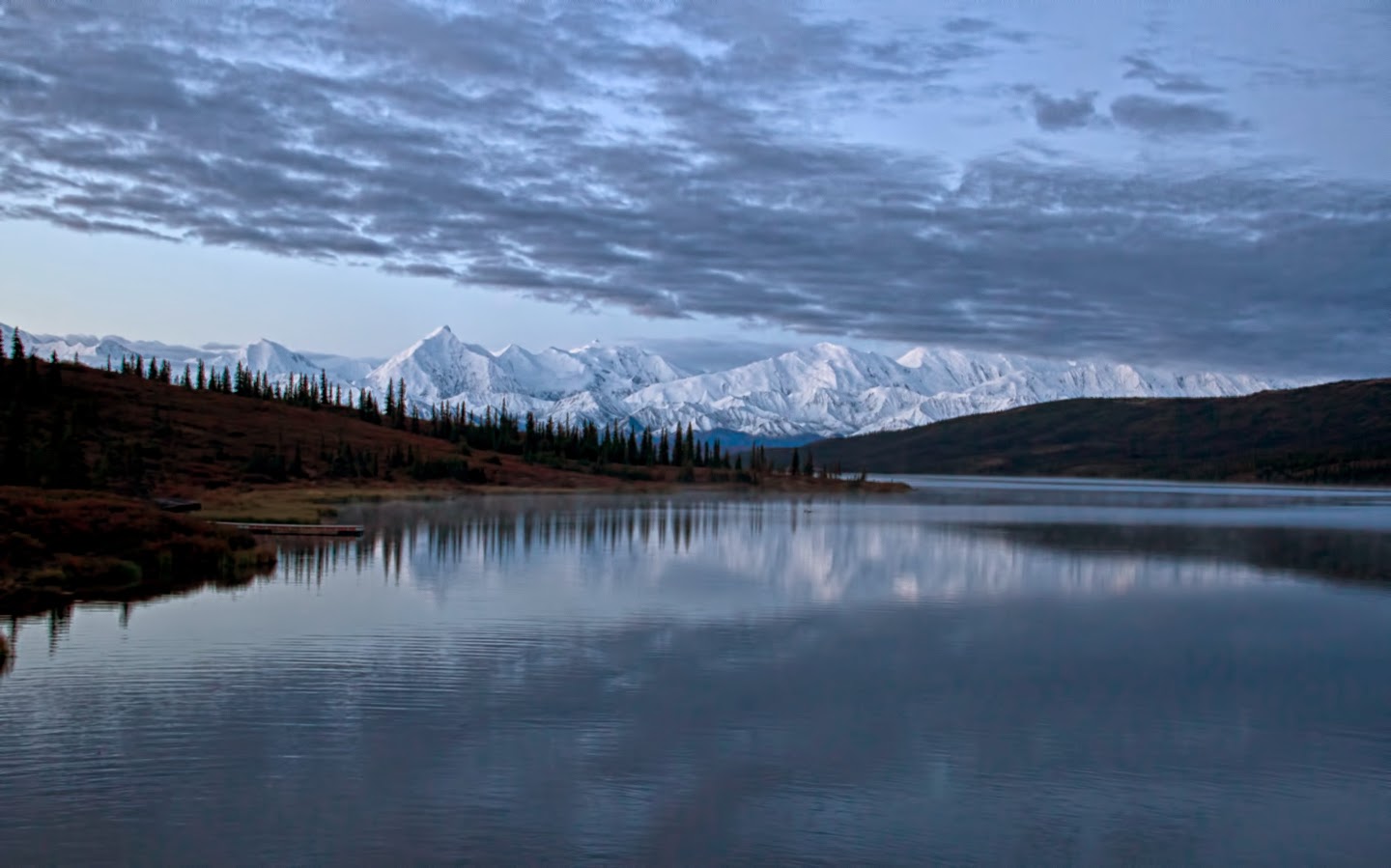 Wonder Lake, one last time, just before the sun rose.

Our wakeup call was at 5 am today – we had a five hour bus ride to the train station, then a four and half hour train ride to Talkeetna – and I woke up sick, sick, sick. The cold I’ve been fighting for the past few days has bloomed like – I’d say the tundra in June, except that’s far too pleasing an image, and there’s nothing pleasing about how I look today. I only managed to eat a few spoonfuls of yogurt, and make a cup of hot tea for the road, before staggering my way to the bus. I’d like to say I spent the long ride sleeping like a sensible person would do, but I took almost as many pictures on the park road coming out as I had coming in.