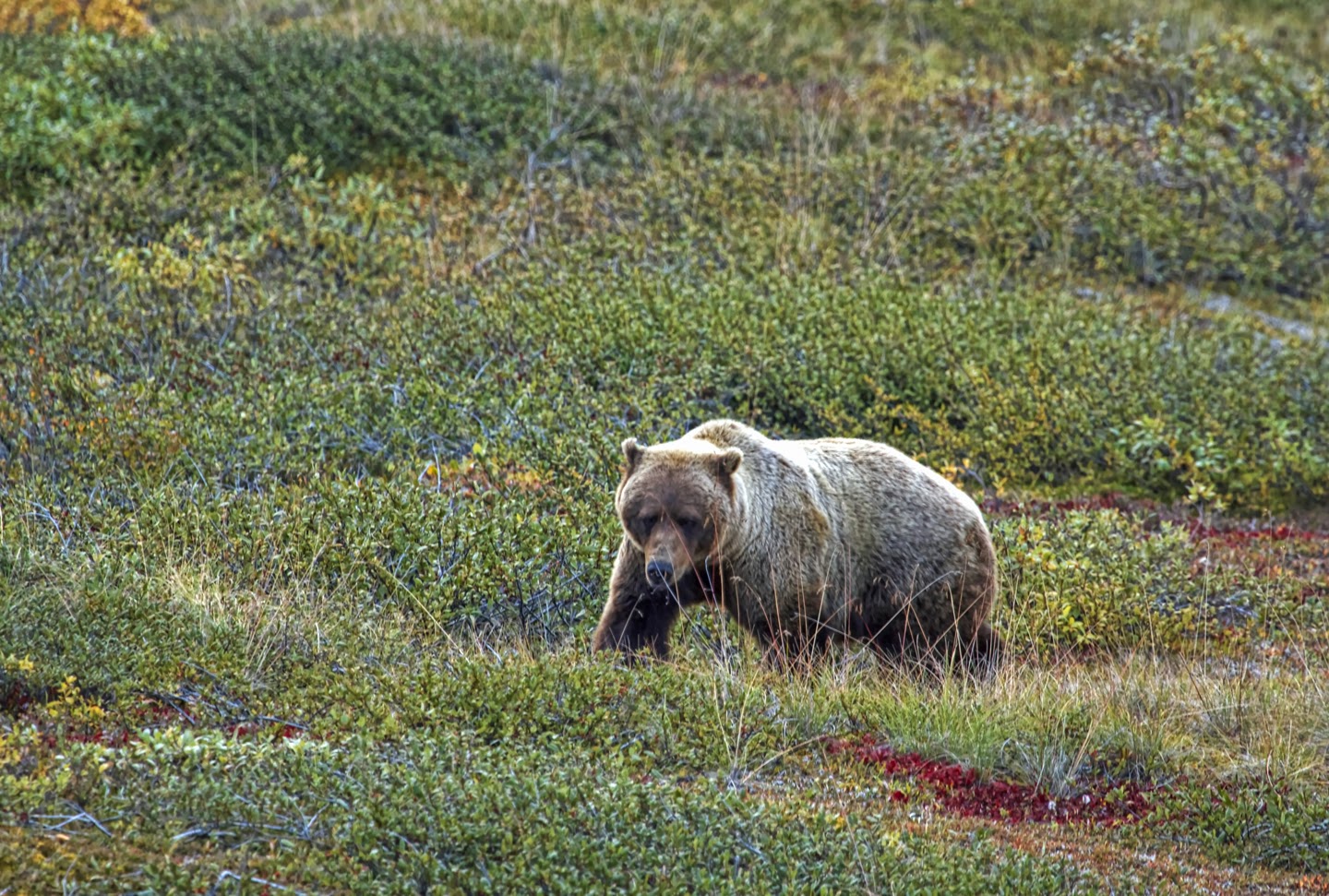 Most of the wildlife we've seen in Denali has been at a distance, which I suppose makes sense in this place of vast distances. It's a tough place to make a living, and each animal needs acres of tundra and taiga to support it.

But this grizzly out enjoying the early morning got much closer to us than any of the bears we'd seen before. There was some argument about whether it was a male or a female -- some of the guides said male, but the females in Denali are mostly blonde for some reason while the males are darker. Then Jason announced that he'd looked back as the bus came around behind the bear and "there was no external hard drive visible."

That cracked everyone up, and became one of the jokes of the trip, along with, "Is that a moose, or a bear in a party hat?" "Summer camp with alcohol" and "Two thumbs up, God!"
Posted by Kathleen at 8:31 PM