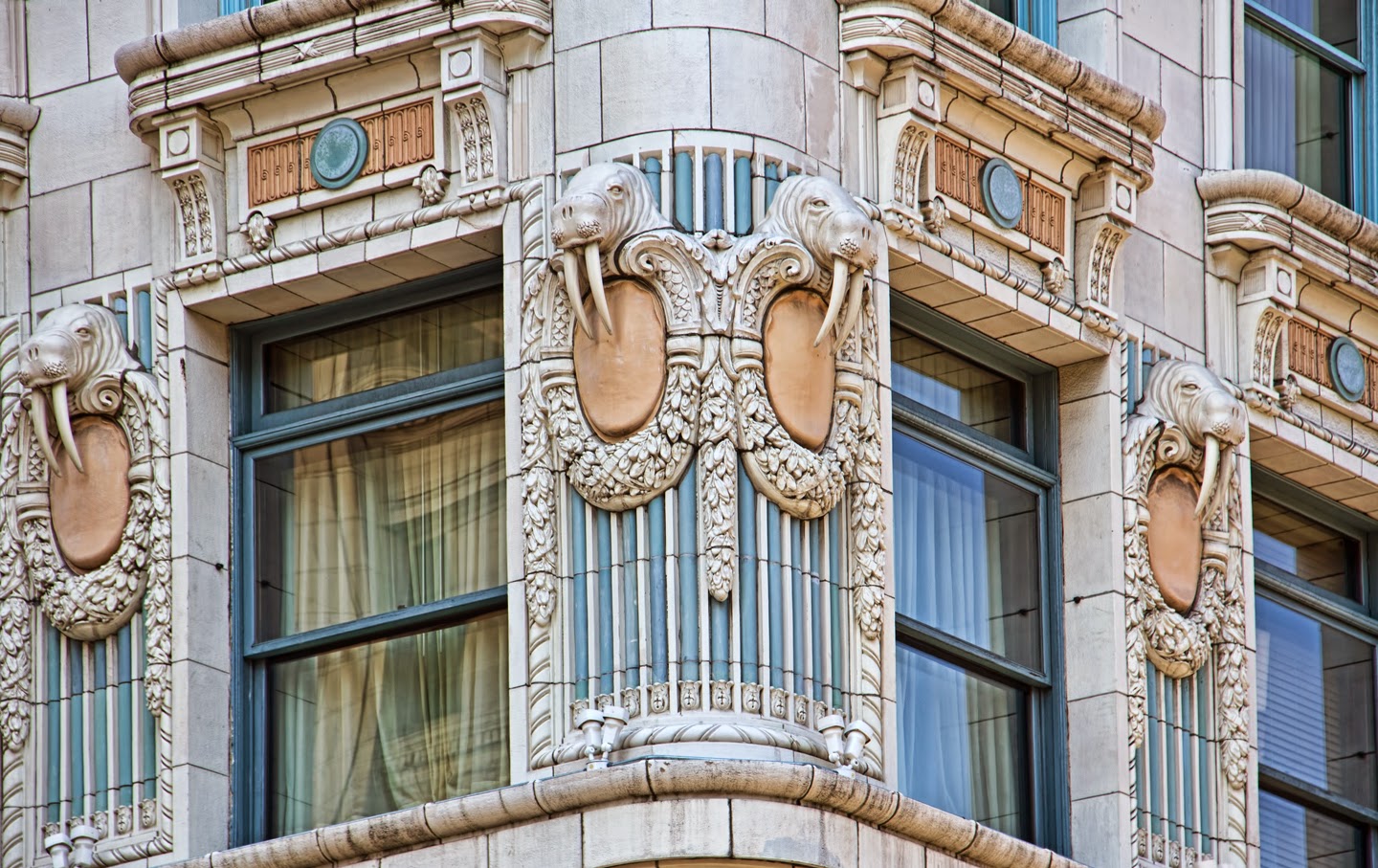 I've been staying at the Arctic Club, which is now a Hilton, but which was once an actual club.

According to Wikipedia, it was a fraternal men's club for businessmen with Gold Rush or Alaska connections, but it doesn't mention when it disbanded. The building, complete with terra cotta walruses, was built in 1916 but has been a hotel since 2008.

The walrus theme is everywhere, along with a giant polar bear in the lobby and framed portraits of (I presume) the club members -- many of whom look as though they wouldn't survive very long in the Arctic -- lining the walls.

It's a nice hotel. It is, however, very brown. 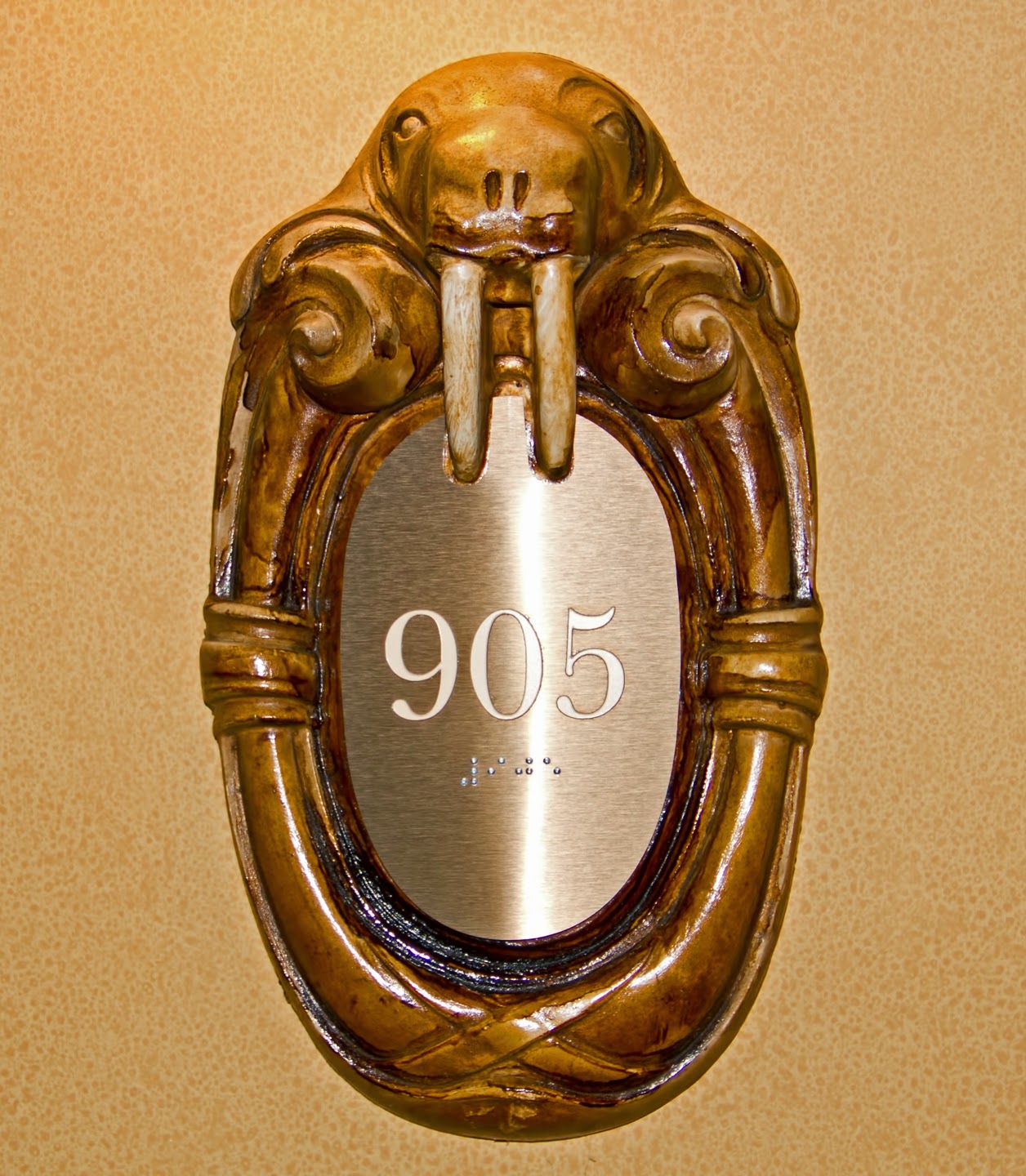 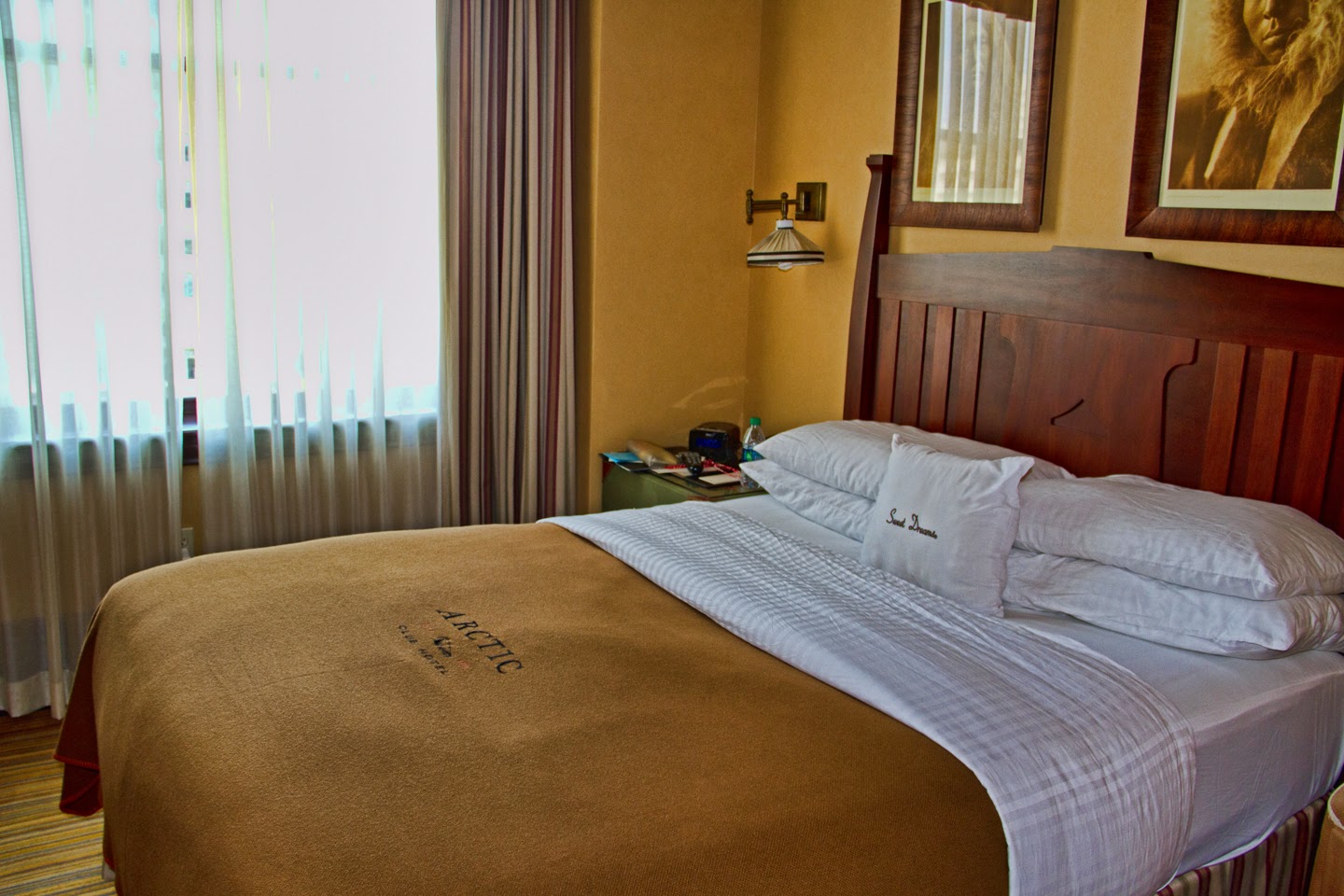