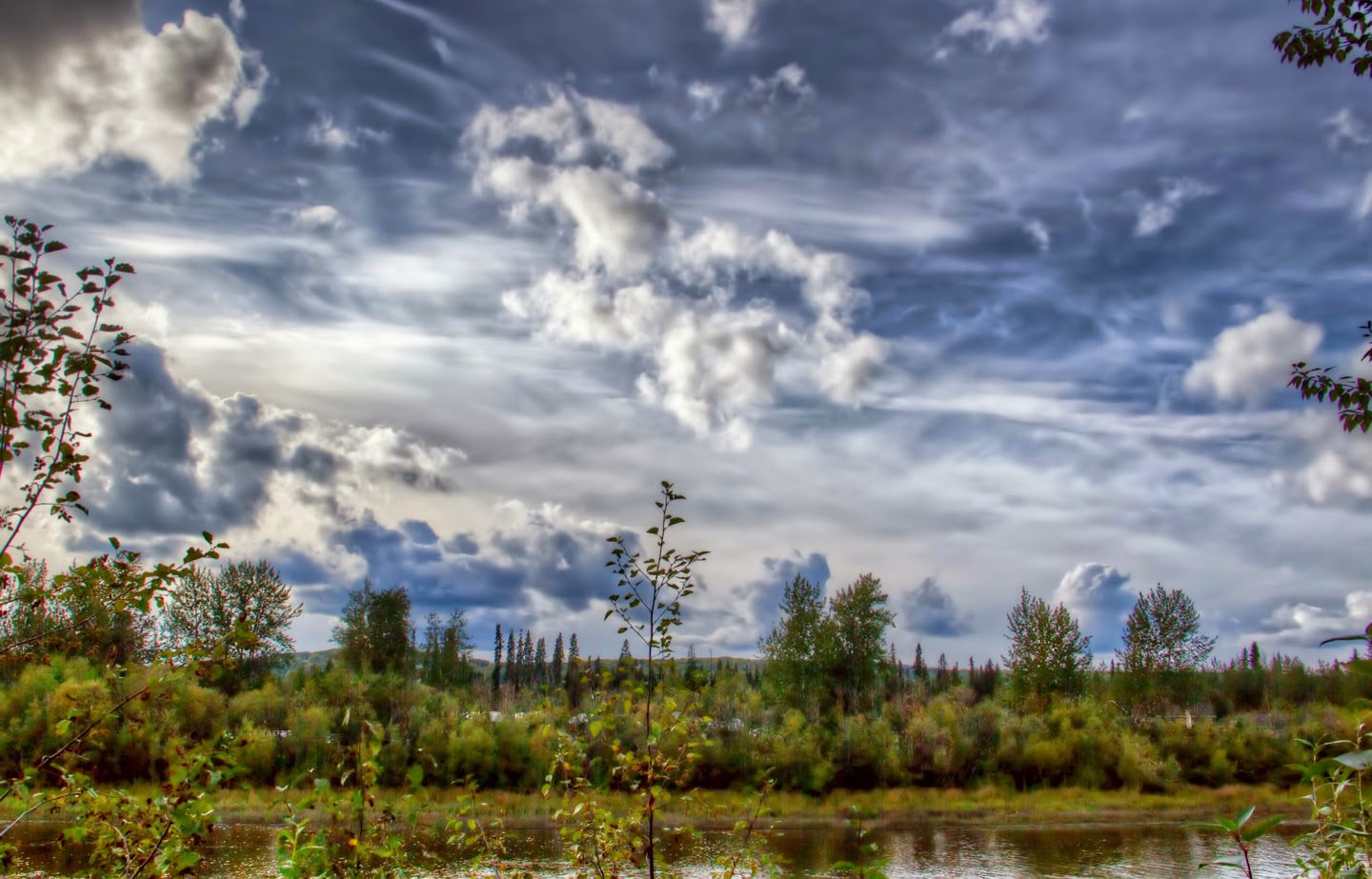 Fairbanks is an almost four hour flight from Seattle, most of it over wilderness. There was no flight map on the Alaska Airlines plane, so I couldn't tell where Canada ended and Alaska began, but once we got away from the Seattle area, there was no sign from the air that humans even existed until we were almost at Fairbanks. No cities, no roads -- just mountains and trees and rivers and hundreds of lakes, some deep indigo, some almost turquoise, and a few gray patches that I assume were glaciers.

And this was the first sign of humanity -- I assume that's some kind of mine. I liked the wilderness better. 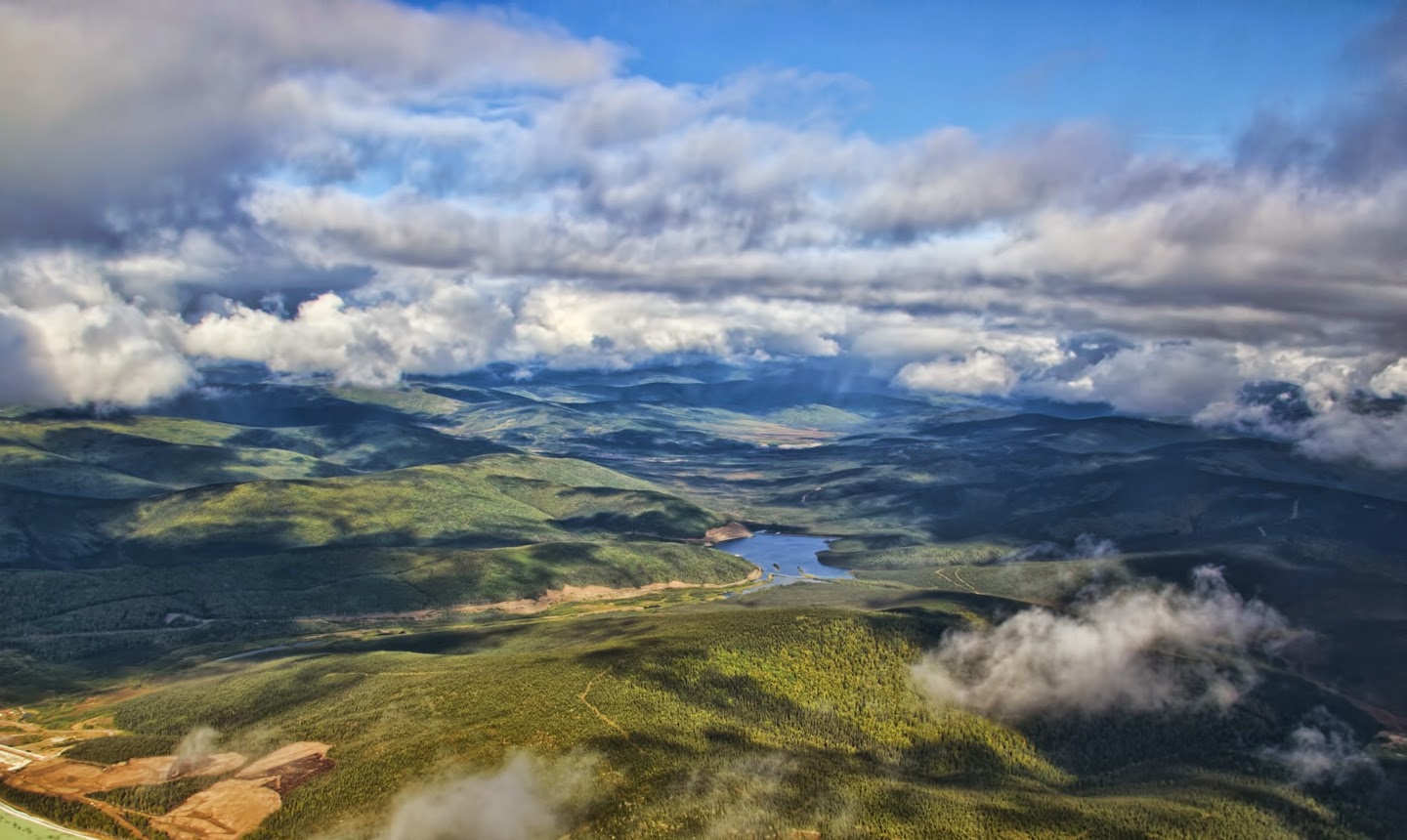 Wasn't it amazing how uninhibited and wild it all looked from the air? I had the same impression.