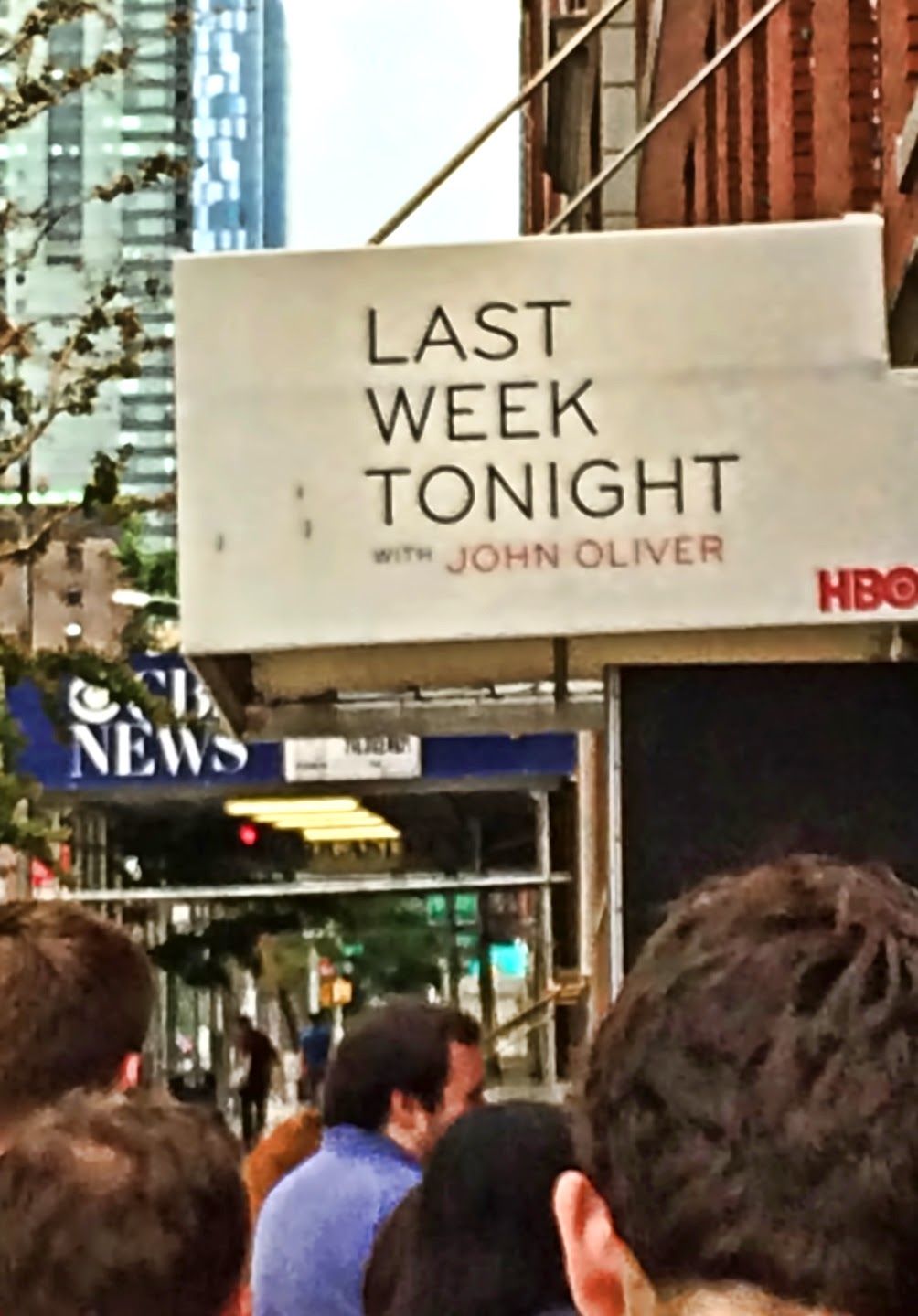 I admit, I have learned to like my iPhone.

I like that I can dictate texts instead of typing them on that awful virtual keyboard (so a plus for voice recognition, a minus for awful keyboard.) I like the way my bookmarks from my laptop sync automatically. I like the way I was able to tell Siri, "restaurant called Bijou SW Third in Portland" and she came right back with the address and didn't add, "You're standing across the street from it, moron."

But so far I do not love the camera. Half the time I switch it to video without intending to, and the quality of the pictures is disappointing for anything except portraits.

This picture, for example, which I took standing in line for a taping of John Oliver's HBO show last night. The lack of details reminded me of my first digital camera and those whopping 640K images I thought were so amazing, and I ended up flattening and blurring the image just to make it look intentional.

John Oliver is, as expected, very funny and extremely charming in that uniquely English way that makes vague dorkishness adorable instead of annoying. During the Q&A before the taping, he was asked questions like, "Is there any story you didn't get to cover that you wished you could have?" and "Who was the best guest you had?" and he pointed out that this was only his 13th episode and he'd only had two guests so far, and since they only cover one big story per show, yes, there were many stories they hadn't been able to cover. One man asked him, "Kiss, marry, kill -- Jon Stewart, Stephen Colbert, Bill Maher" and he said, "This is HBO. You can say 'fuck,'" and immediately took a question from the other side of the room.

Just as the lights went down for the actual taping he said, "Fuck -- Jon Stewart. Marry -- Jon Stewart. Kill -- also Jon Stewart, so we could die at the same moment." After a pause, he added, "I think that's the creepiest thing I've ever said." And then he jumped right into the show.