God is my co-pilot 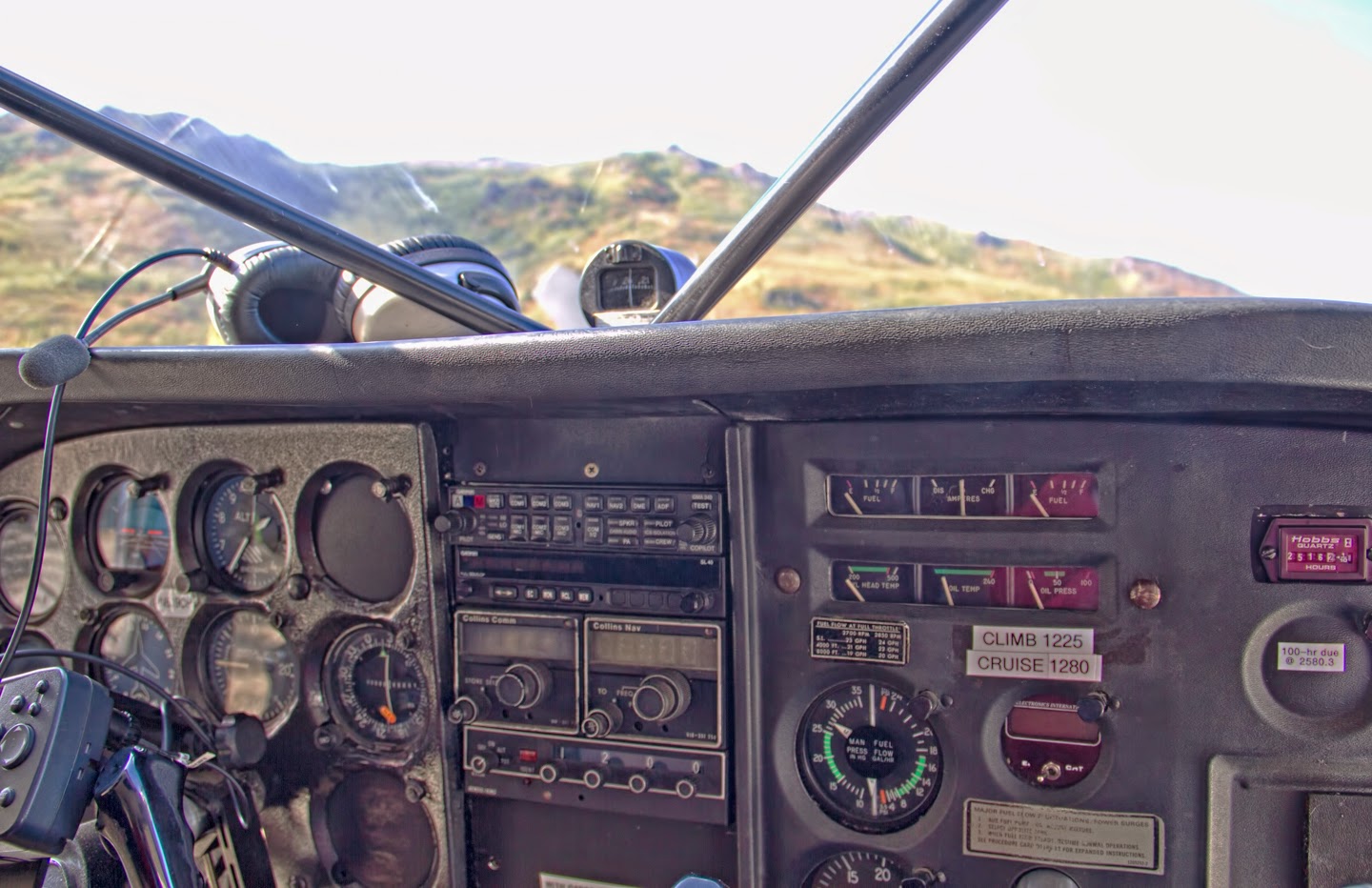 Although technically I was in the co-pilot seat, I was warned in detail about which knobs and buttons I should be especially careful not to touch. (I decided, for simplicity's sake, to avoid all of them.)

After a safety briefing, and instructions on how to use the microphones attached to our headphones, we were off. Apparently I was really going to do this. And since planes the size of large Pomeranians only have to taxi a few feet before taking off, I only had a second to think, "Jesus Christ, I'm actually doing this," before we were in the air. 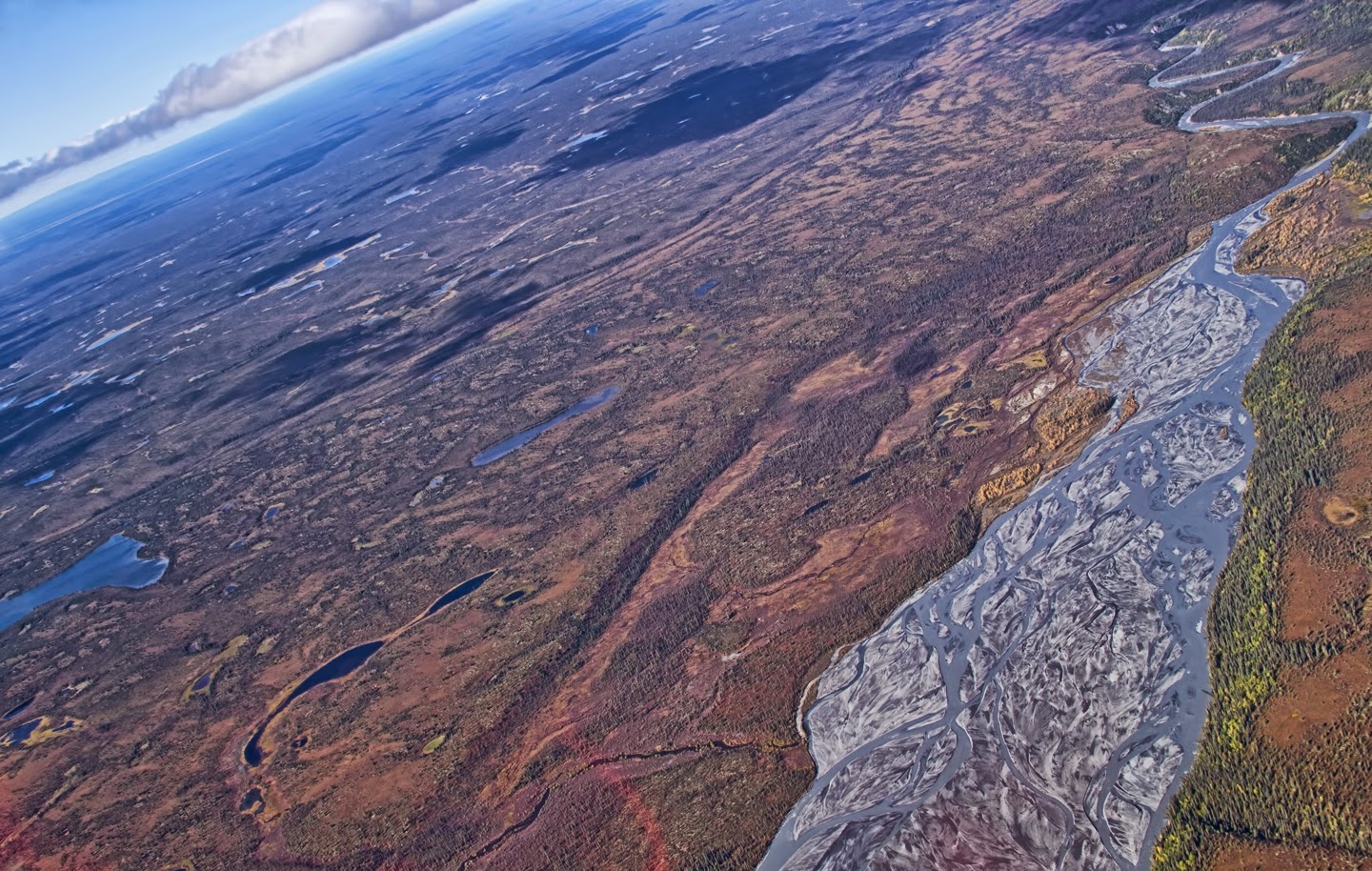 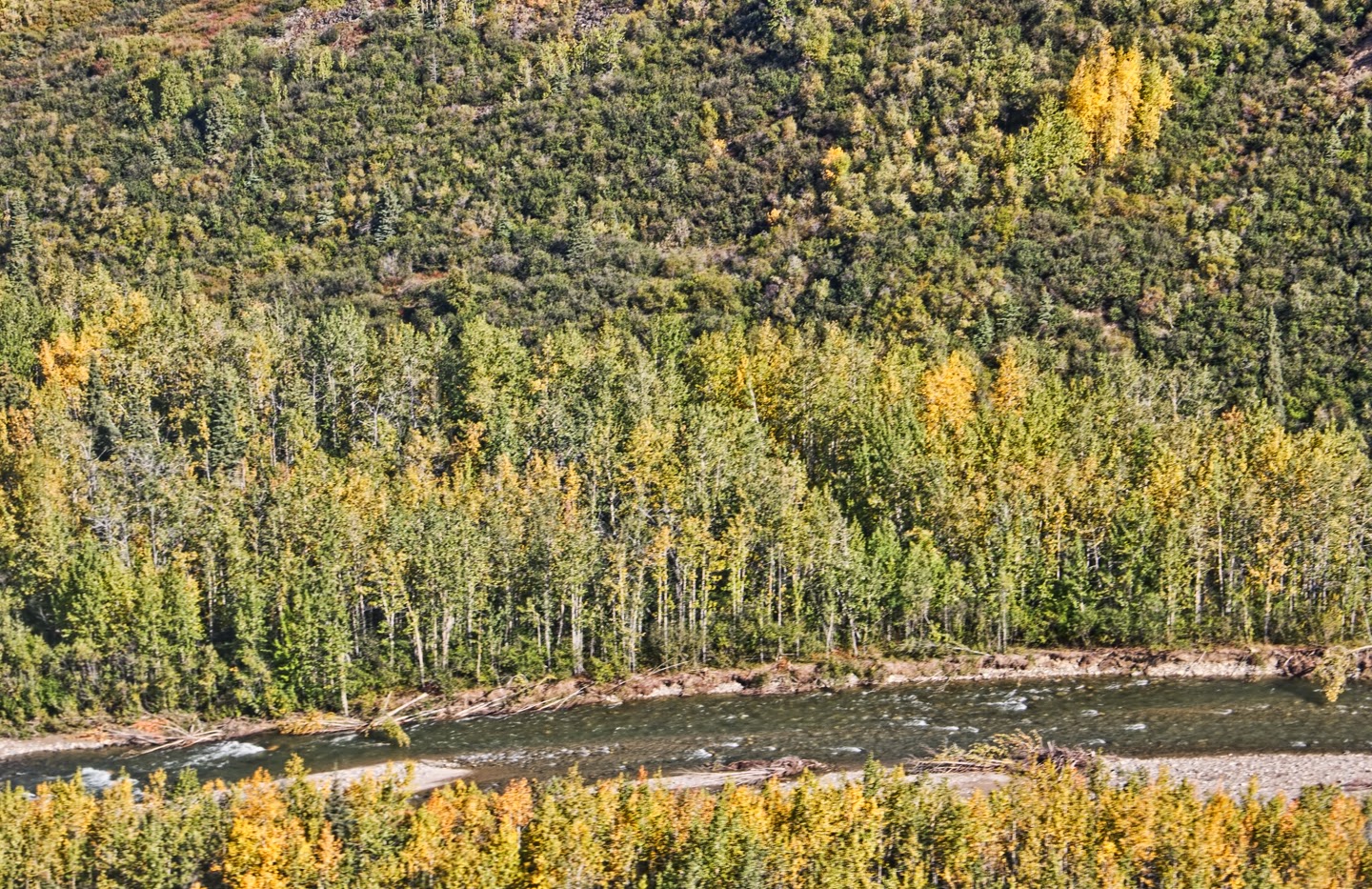 The airstrip was just down the road from our lodge, at an elevation where there are still some trees, but the land we flew over thinned out quickly into mostly flat tundra, bisected by braided riverbeds. The mountains begin abruptly – no gradual increase in elevation, few foothills. It’s perfectly flat, until it isn’t. 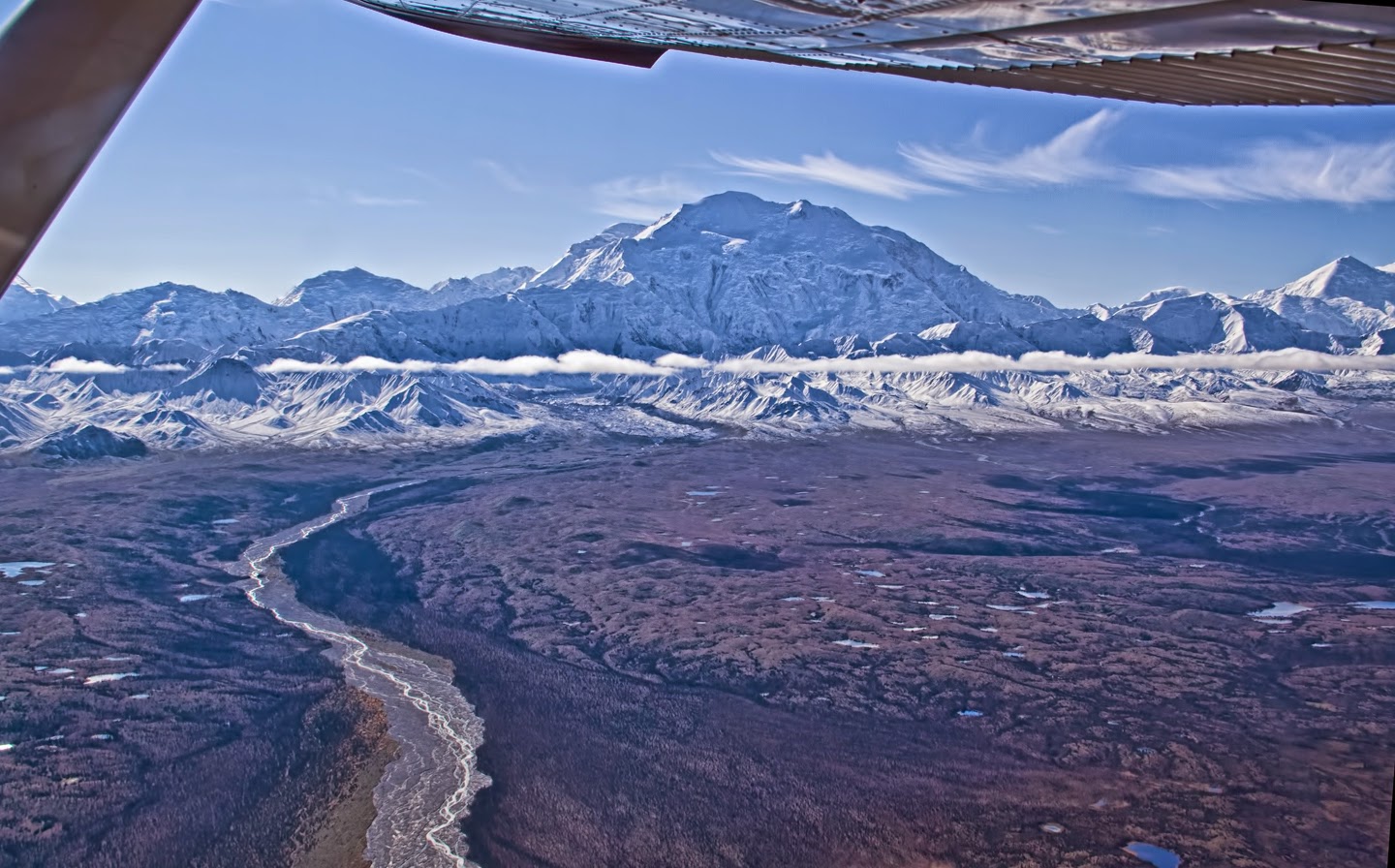