View from the mountains 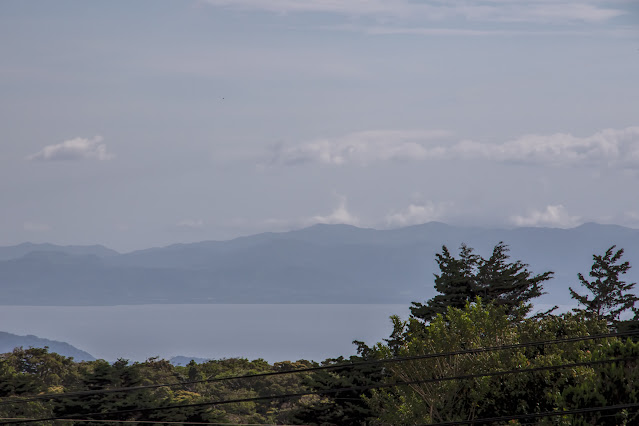 That's the Pacific Ocean, seen from the terrace here.

I sprang for a transfer to the hotel and had a driver pick me up in San José because I didn't want to have to try to figure out how to get here on my own. And though we did drive along the coast briefly after leaving the Central Valley, we soon turned east towards the mountains and spent two hours on narrow winding two-lane roads going up, up, up. I wish I had been able to take some pictures along the way—there were fields full of white Brahmin cattle, river gorges so deep and thickly forested you couldn't see the actual rivers, and a string of towns that seemed to consist of only a church and a couple of houses.

It felt as though we had left the ocean far behind and below us, so this view was a surprise.
Posted by Kathleen at 10:50 PM