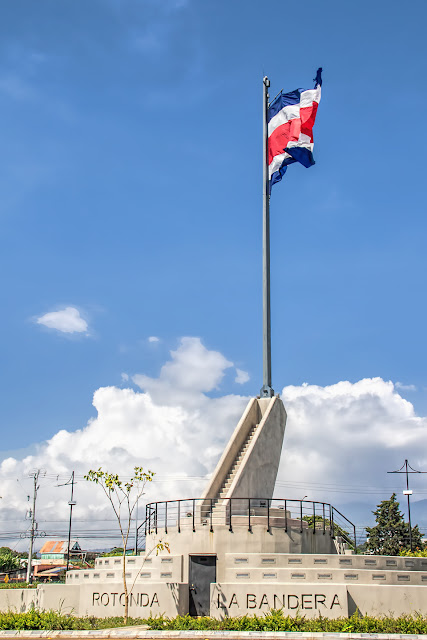 One of the insane roundabouts of San José.

These are the main reason that walking anywhere took longer than expected. For example, there was a Walmart near my house where I bought staples like milk and bread and coffee. I could see it as soon as I walked to the corner, and if I could have walked there directly it would have taken me less than five minutes.

Instead it took at least three times that long because it was on the other side of a roundabout, and there were no crosswalks or lights on the circle for crossing the streets that converged there. Crossing the busiest streets safely required walking two or three blocks until there was a crosswalk with a light, then walking back to the roundabout. There were no stoplights on the highway by the Walmart, only crosswalks. There you just had to wait for a break in the traffic and then run.
Posted by Kathleen at 10:31 AM