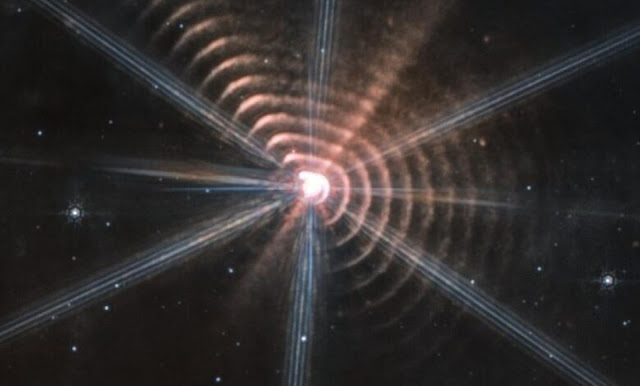 This new image from the James Webb Space Telescope shows an even stranger than usual phenomenon.

WR140 is a Wolf-Rayet star, a massive star near the end of its life that is throwing off most of its mass into space. The rays that you see shooting out from the star are just caused by the camera lenses diffracting the starlight, but those wavy rings around the star are not an illusion. WR140 is part of a binary star system, and it's the gravitational interaction with its partner that's creating the strange symmetrical shells from the gas it's shedding. Like the rings in a tree, a new ring is created every time the two stars in the system circle each other, approximately once every eight years.