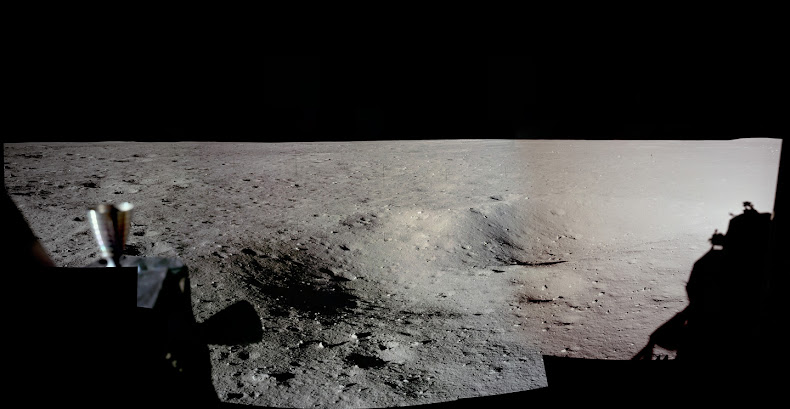 It may not be as flashy as the images we're now used to from our space telescopes and planetary probes, but the history makes it even more impressive. This is a composite of photos taken by Neil Armstrong through the window of the Eagle shortly after landing on the moon in 1969. The pictures were taken before the first moon walk to make sure the landing site was memorialized in case they needed to make an emergency departure; the frame on the left is the first picture taken by a human on another world.