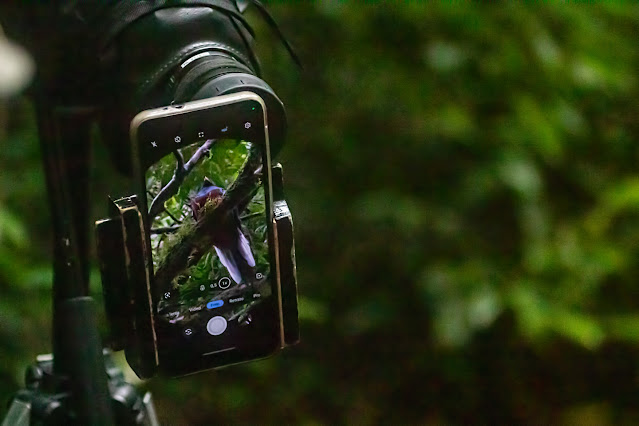 A word about photographing birds in the Cloud Forest: it sucks.

On the birding tour I took, often the best look we got at some of the birds was by using a setup like the one in the photo; the guide would locate a bird in his or her scope and then we'd either take turns looking, or the guide would attach a phone so we could all look at once. And though you can, and we did, take photos using the attached phones, they were useful more as souvenirs and a record of what we saw than as photographic art. The canopy in the forest is too thick and it's dark even when it isn't raining, which it mostly was.

So while I did actually see more than one orange-bellied trogon (the bird on the screen there) you'll mostly have to take my word for it.
Posted by Kathleen at 11:41 AM