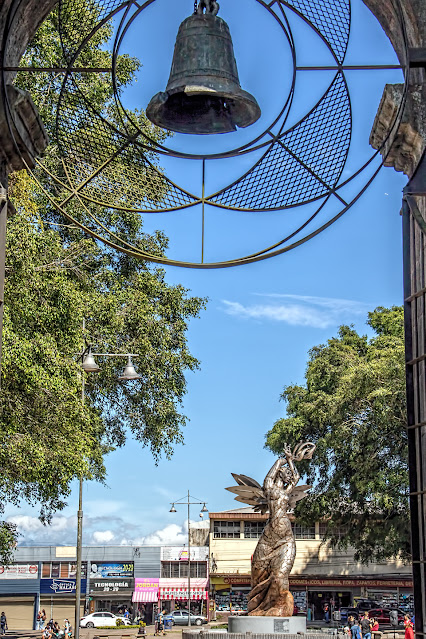 This is the view from the ruins of Santiago Apóstol in central Cartago.

There have been a series of churches on this site since the sixteenth century, most of them destroyed by earthquakes. The guidebooks point out that the church that's there now isn't technically a ruin because it was never finished. It was to have been the only Romanesque style church in Costa Rica, but after yet another earthquake in 1910 it was abandoned.

There is a legend that two brothers, one a priest, fell in love with the same woman. The priest killed his brother with a knife during Mass, and though he vowed to build a church to atone for his sin, the church was destroyed by an earthquake a year later, as was every subsequent church on the site, which is taken as proof that it is cursed.
Posted by Kathleen at 8:44 PM