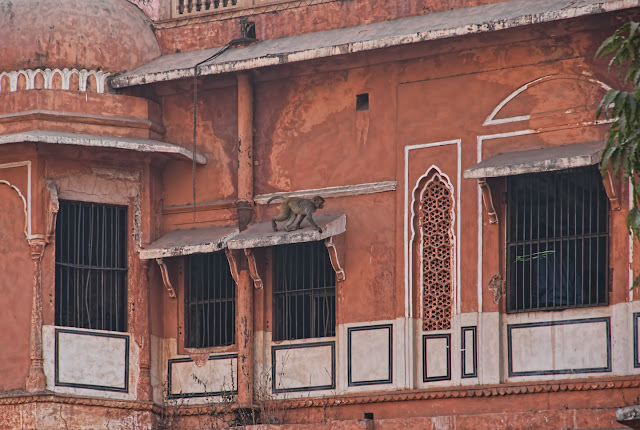 Jaipur is called “the Pink City” because all of the buildings in the old city are this terracotta color.

The story is that when Queen Victoria and Prince Albert were planning a visit in 1876, the maharajah painted all of the buildings this shade because it's traditionally the color of hospitality. Prince Albert referred to Jaipur as the pink city, and the name stuck. (Though whether this color actually qualifies as pink is debatable; Prince Albert may have been a little colorblind. The Orangey-red City might be more accurate but isn't nearly as catchy. Who wouldn't want to see a Pink City?)
Posted by Kathleen at 1:53 PM