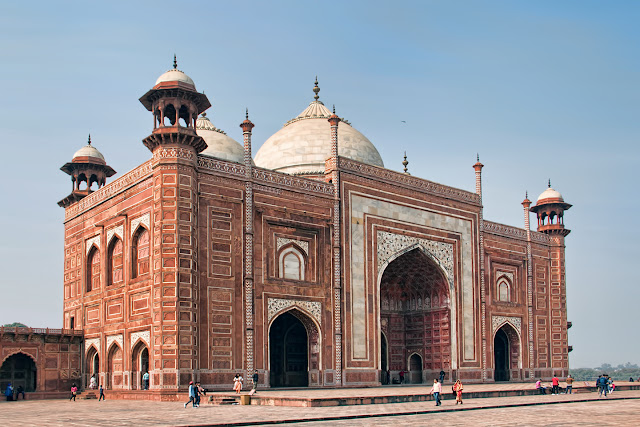 This mosque sits on the west side of the Taj Mahal gardens, facing the side of the tomb. (Another building, similar in design, possibly used as a guesthouse, sits on the east side.) The Taj Mahal is closed to tourists on Fridays because of services at the mosque.

The Taj Mahal is so famous, and iconic, that it's not surprising that there are numerous myths about it (some of which my guide repeated as fact, like the story that Shah Jahan intended to build a second Taj Mahal in black stone on the other side of the river.) There are claims that this is actually a Hindu monument, built by the Hindu king Parmar Dev in the 12th century, rather than by Shah Jahan in the 17th, and there have been a couple of lawsuits in Indian courts making this argument.

But you just have to look at it -- this could be in Iran.