Scenes from the mall 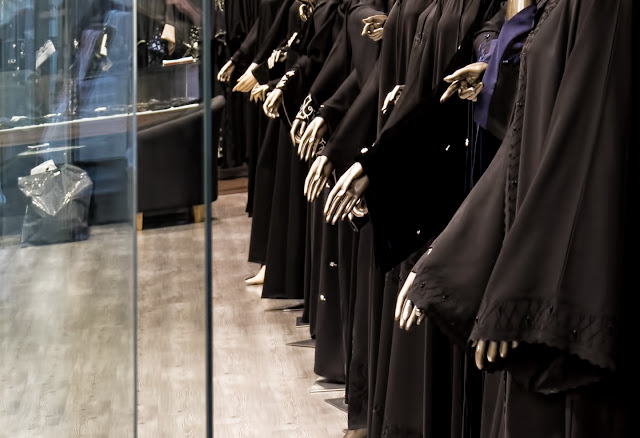 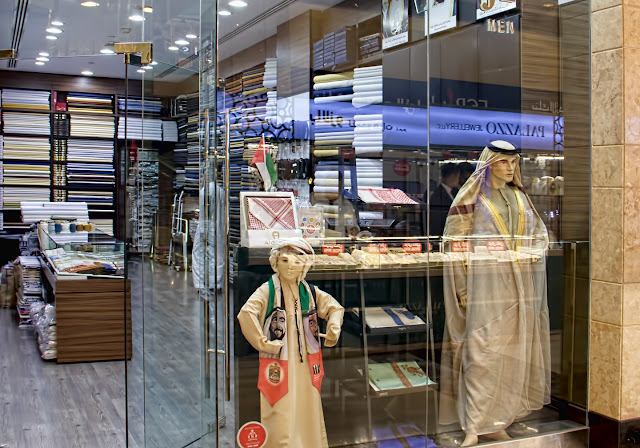 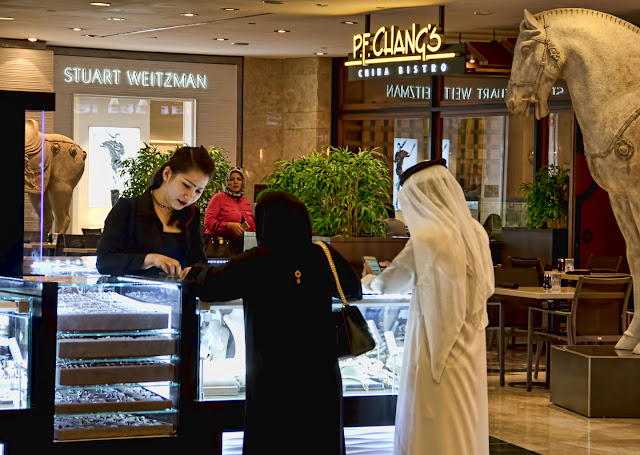 Most of the stores and restaurants at the Abu Dhabi mall are the same ones you see at any mall in any big city in our increasingly homogenized planet.

But these side-by-side stores selling women's abayas and men's robes and headdresses are not likely to appear outside the Middle East. Although Abu Dhabi is very cosmopolitan and you see women in running shorts next to women with veiled faces, as far as I could tell many if not most of the Emiratis wore more traditional clothing rather than Western wear. And here is where they buy it.