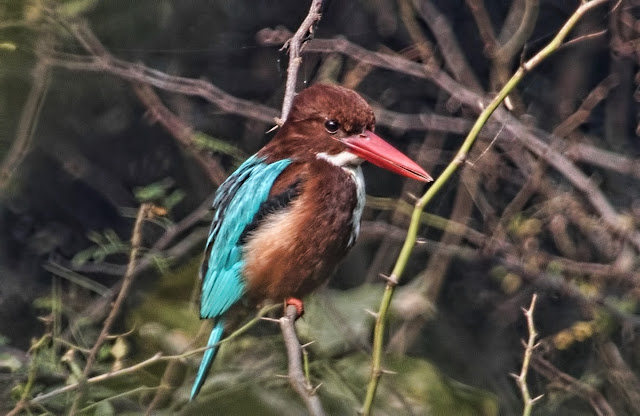 This white-throated kingfisher at Keoladeo National Park was way back in the underbrush, so this is a terrible photograph, but those colors demand to be shared anyway.

We stopped at Chand Baori on our way back from the bird sanctuary, so logically this is actually the next batch of pictures to sort through. But I'll probably save most of the bird pictures for later in the year when I'm stuck photographing the same old robins and blue jays in New York, and do the rest of my Indian trip instead.

Plus I have to go into the office today, which sucks on so many levels, so I won't have time to work on photos.
Posted by Kathleen at 6:00 AM