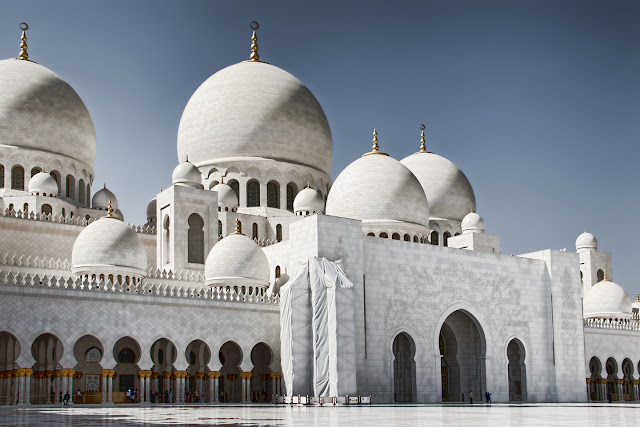 Sheikh Zayed was the first president of the UAE, and this mosque, the third largest in the world, was his last great project before his death in 2004.

I wasn't really aware of this mosque until I started paying attention to photography competitions and shows -- it's a frequent subject, and I've seen some gorgeous photos of it. (Mine, alas, aren't nearly as good as I'd hoped -- you really need more time and the chance to see it at different times of day.)

One thing photos really don't capture is the sheer size of it. This is a portion of the central courtyard -- there are more than a thousand of those columns forming the arcade around it. The mosque complex covers more than 30 acres.