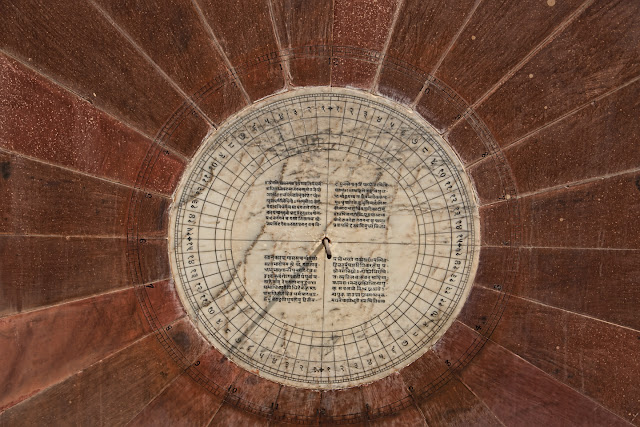 Here's something a little different: one of the nineteen instruments at Jantar Mantar, the observatory at Jaipur built by the formidable Jai Singh II. (Jantar Mantar means roughly “calculating instrument.” The one in Jaipur is one of several that Jai Singh built.)

This sundial is part of a Nadivalaya yantra, a hemispherical sundial. There are two large dials mounted on opposite sides of a small building. They're both parallel to the plane of the Earth's equator so they tilt; one forward and one backwards. Depending on the season, the sun is either north or south of the equator, and so one dial is always in the sun and one is always in shadow, except at the equinox, when the sun strikes directly from the side.
Posted by Kathleen at 8:23 AM