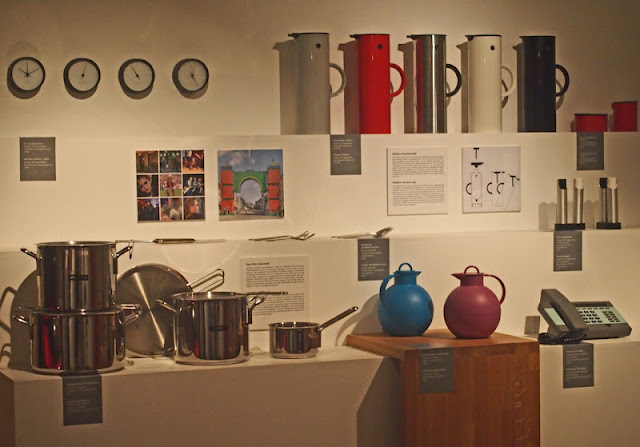 The Danish Design Center was a fifteen minute walk from the hotel, just on the other side of Tivoli and the train station.

The permanent exhibition is a large room crammed full of examples of Danish design, only half of which were designed by Arne Jacobsen, including the first egg chair I've seen outside the pages of Elle Decor.

There were also some films and I saw Mr. Jacobsen for the first time; although he is one of my design heroes, you don't generally see a lot of photos of famous designers, especially the ones who are no longer around to promote their new lines of cookware or vacuum cleaners. If I had to imagine what he looked like, I have to confess he would have borne a striking resemblance to Max von Sydow in early Bergman films: cool, blond, with cheekbones that could cut a new fjord out of the mountains.

Instead he was a genial, walrussy kind of man, who may have gotten the inspiration for the egg chair one morning when he was looking in the mirror.