I owe my soul to the company store 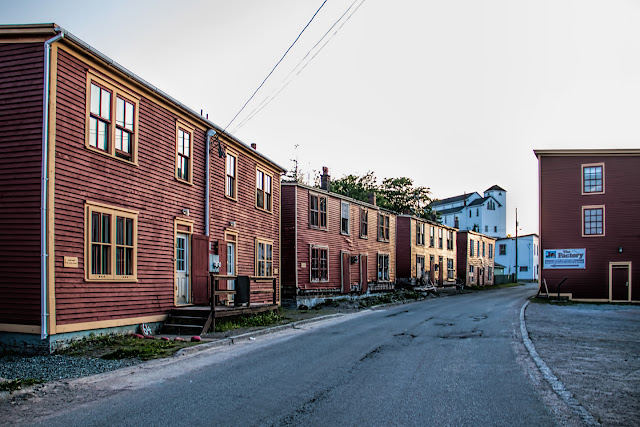 The main street in Port Union.

Our itinerary described Port Union as “the only union-built town in North America.” Which, honestly, didn't sound like the most exciting destination in Newfoundland, but it turned out to be a highlight of the trip.

First, for the history. The union in the town name was the Fishermen's Protective Union, founded by William Coaker in 1908. Under the prevailing merchant system, fisherman were given staples and supplies on credit, and at the end of the season turned over their catch as payment. Somehow, shockingly, the transactions always benefitted the merchants, and most fishermen were in perpetual debt. The FPU set up co-ops throughout Newfoundland that sold goods at fair prices and paid cash for fish.

Coaker wanted to expand the union's reach with companies for exports and shipbuilding, but the merchants wouldn't allow him to build on the waterfront in St. John's, so he established Port Union in 1916. It provided housing, schooling, and health care for fishing families, a daily newspaper, The Fishermen's Advocate, was published from here, and a fish processing plant operated until the moratorium in 1992.