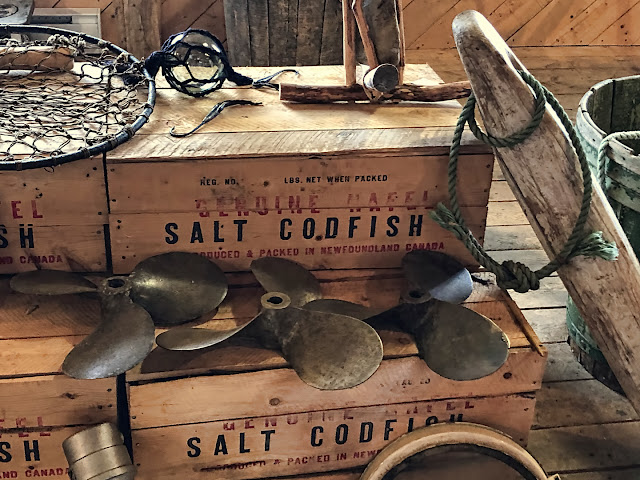 Fishing had opened up in Newfoundland with the enthusiasm of a gold rush. By 1508, 10 percent of the fish sold in the Portuguese ports of Douro and Minho was Newfoundland salt cod. In France, the Bretons and Normans had an advantage because the profitable markets of the day were nearby Rouen and Paris. By 1510, salt cod was a staple in Normandy’s busy Rouen market. By midcentury, 60 percent of all fish eaten in Europe was cod, and this percentage would remain stable for the next two centuries.

Cod: A Biography of the Fish that Changed the World
Mark Kurlansky


Newfoundland was more than pretty scenery and invisible moose; I was really impressed by how much we learned about the history and culture. (This was my first trip with Road Scholar, and I plan to do several more in the next year.)

And until 1992, life in Newfoundland revolved around cod: fishing it, processing it, selling it, eating it. Even today, the interior of the island is something you drive through to get from one coast to the other. Because of the Low Arctic climate, trees there don't grow tall enough to sustain much of a lumber industry; life there has always been about the sea.

27 years ago, after decades of overfishing, the Canadian government imposed a moratorium and a way of life disappeared, literally overnight. Crab and squid are fished commercially, but cod fishing is limited to a few weekends a year, no more than five per person for a maximum of fifteen per boat. It's a recreation rather than a livelihood.