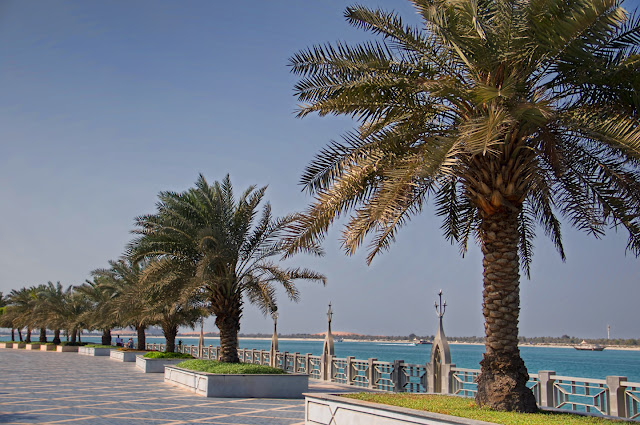 I hadn't expected water that blue. For some reason when I think of the Persian Gulf I think of oil, and steely gray waters like the North Sea.

CORRECTION: This is apparently the Arabian Gulf, not the Persian Gulf. So obviously my comment above makes no sense at all, except that I still wasn't expecting the water to be that blue. I'm glad we got that straightened out.

CORRECTION TO CORRECTION: It is the Persian Gulf. That everyone in Abu Dhabi refers to it as the Arabian Gulf is apparently a political decision and not a geographical one. Because of course, Persian = Iran, that big country on the other side of the water.

Nice and informative post sharing. Thank you. House for sale in coimbatore | Villas for sale