Me and my Sampa 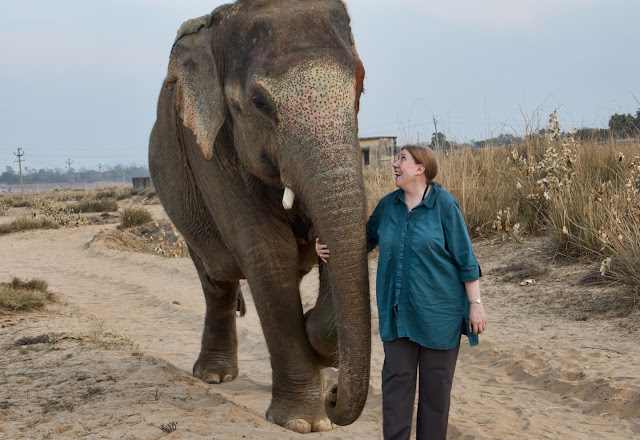 I think Sampa would have preferred to stay near the alfalfa rather than going for a walk with what was probably just the latest in a long line of besotted tourists, but she was good-natured about it (though occasionally just stopping on the path and looking around and refusing to be nudged, just because she could.)

There were several elephants walking ahead of us so the path was occasionally festooned with droppings and I found it fascinating how Sampa avoided stepping in any of them. You wouldn't imagine that a creature so large could be so graceful, but she stepped delicately around without slowing down, occasionally veering off the path and then back on again if there was a particularly large pile in her way.
Posted by Kathleen at 2:55 AM