His destination India, and I had none at all 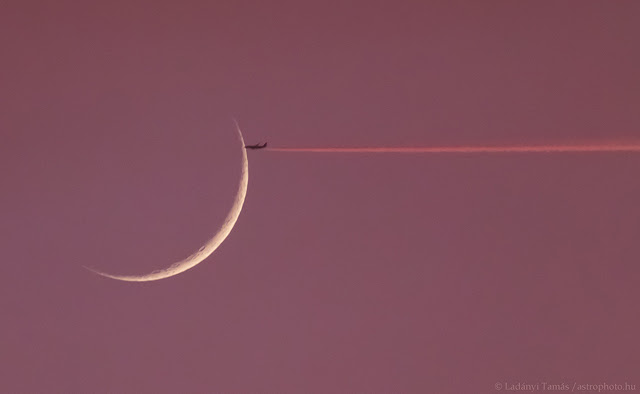 This was NASA's Astronomy Picture of the Day yesterday, and it was too appropriate not to repost.

I'll skip the scientific explanation of why the contrail appears red rather than the usual white (go to the NASA site if you're interested) and instead report that I am finally, officially, on my way, having endured a two-hour crawl of the back streets of Queens at rush hour. (It was a reminder, in case I needed one, why I avoid flying out of JFK whenever possible. Also why I no longer live in Queens.)

But I'm comfortably ensconced in the British Airways lounge, making a surprisingly tasty dinner off of salad, crackers and cheese. This lounge, unlike most, actually serves dinner, but I'd rather snack so I'm more likely to sleep a little on the plane. I have a short layover at Heathrow in the morning, then a long flight to Abu Dhabi, arriving late tomorrow.

Blogging will be sporadic; I'm cramming a lot into less than three weeks. (There will be a lot of catching up to do in February.) But I'm excited. I think this is going to be a very interesting trip -- elephants and birds, mosques and temples, ancient sites and modern cities. Plus Paris.