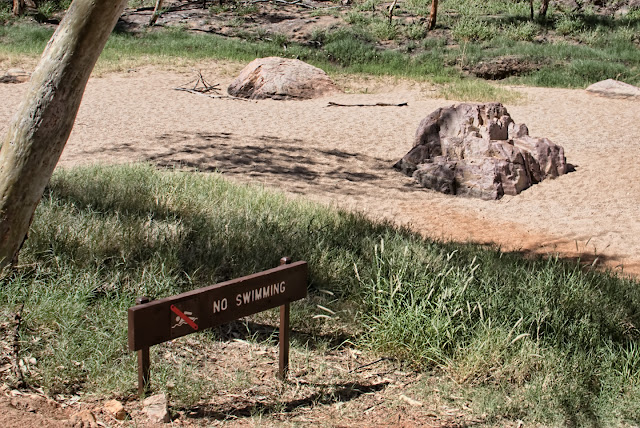 This sign on the trail to Simpson's Gap made me smile, not just because the riverbed behind it is so obviously, completely not-swimmable -- after all, just because there isn't water in it now, doesn't mean that there's never water there, and there is a waterhole just a few minutes farther down the trail -- but because it seemed perfectly possible that this was just Outback humor.

Alice Springs holds a yearly “regatta” in the Todd River, so named by early settlers before they realized that any water in the river was underground and that what they actually had was not so much a river as a riverbed. The race consists of teams of runners running along the riverbed carrying bottomless boats.
Posted by Kathleen at 1:46 PM