Where does pickled herring come from, Mommy? 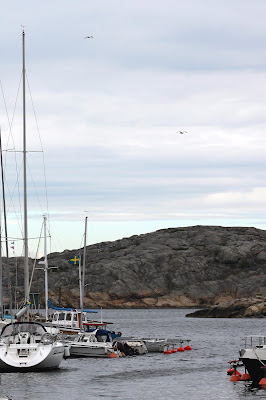 The chances are very good that it came from right here, a fishing village called Klädesholmen, which produces the majority of the pickled herring eaten in Sweden. And that is apparently quite a lot of pickled herring. It's traditional to eat it with potatoes on Midsummer day, and the first dish at Christmas is always "herring, herring, and herring," according to our guide. Which made me think -- if Monty Python had all gone to university at Uppsala, instead of Oxbridge, would we now refer to junk emails as "herrings"? 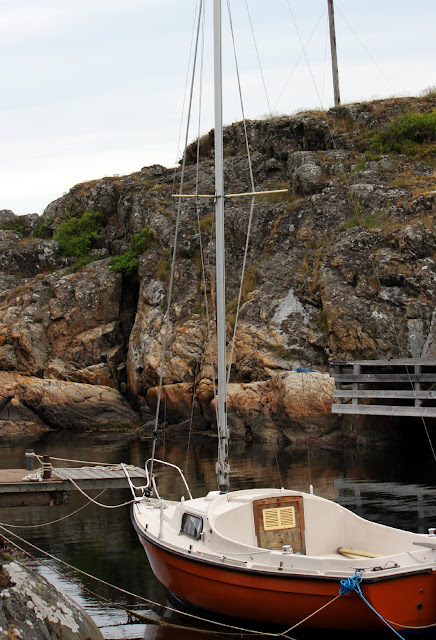 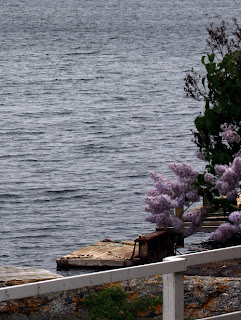 Their livelihood may be herring, but the almost overwhelming smell in Klädesholmen was -- lilacs. It was a cold winter and a late spring in Sweden this year, and the lilacs have bloomed much longer and later than they usually do. Almost every house had huge lilac bushes in the front yard.
Posted by Kathleen at 3:10 PM