She can't sleep, the moon is red 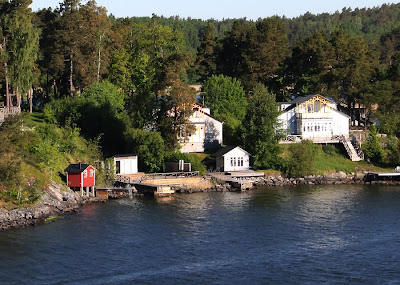 And the moon was red, an eerie blood-red and black globe hovering just above the horizon when I woke briefly around midnight. But I think the fact that I'm getting so little sleep has less to do with scary moons and more to do with the fact that the sun rises at three-fricking-thirty in the morning. No wonder all the vampires moved to Louisiana.

I've tried closing the drapes and wearing a sleep mask, but somehow I know in my sleep that it's light outside and I keep waking up to check the time and see what's going on. Which, this morning, was the three to five hour transit of the Stockholm archipelago, thousands and thousands of islands in the hazy blue light.

I wasn't alert enough to actually get up and grab the camera until we were almost at Stockholm, when the islands were full of boats and summer homes, but I'll see them again this evening when we sail out. 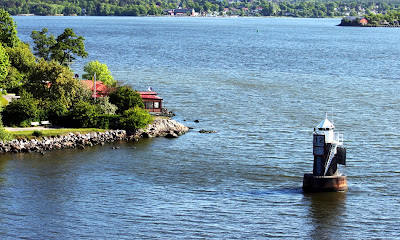 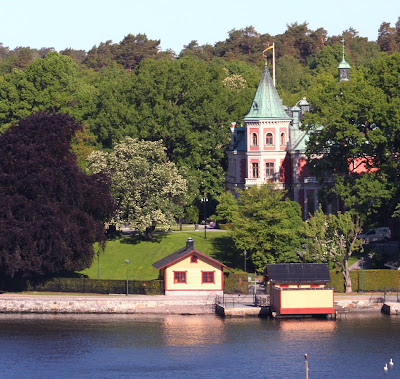 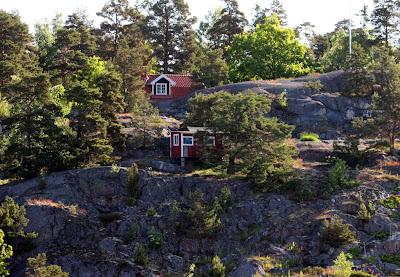