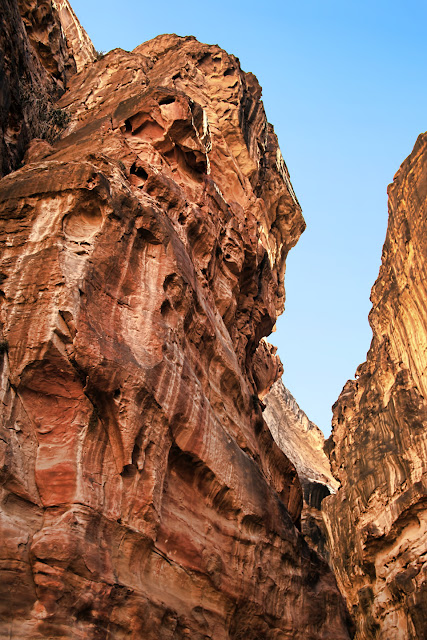 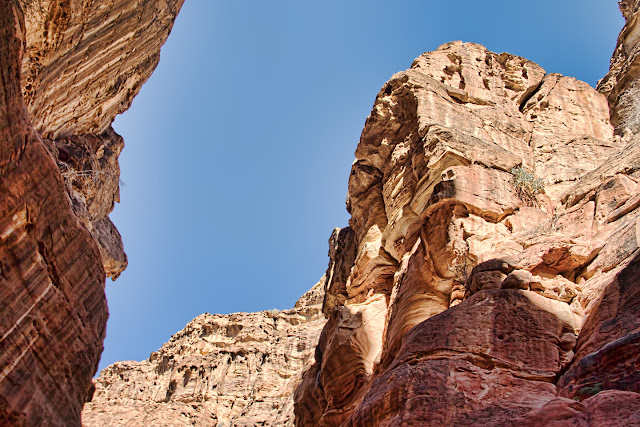 I've been sick with the Cold That Will Not Die, and haven't had the energy to post. And I hadn't looked at any of the Petra pictures since the day I took them so I had a lot of sorting and processing to  do. But maybe I can at least manage to get myself out of the Siq.


The Nabataeans were an Arab people, originally nomads, who established trading routes through the Middle East. (They were the source for frankincense and myrrh, so if the Magi really brought those gifts to Bethlehem, they probably bought them from the Nabataeans.) Petra, which they called Raqmu, was their capital.


It flourished for only a few hundred years before the Romans took over in AD 106, and was mostly abandoned by 700. When you pass through the Siq, you're walking on cobblestones that were laid 2200 years ago.