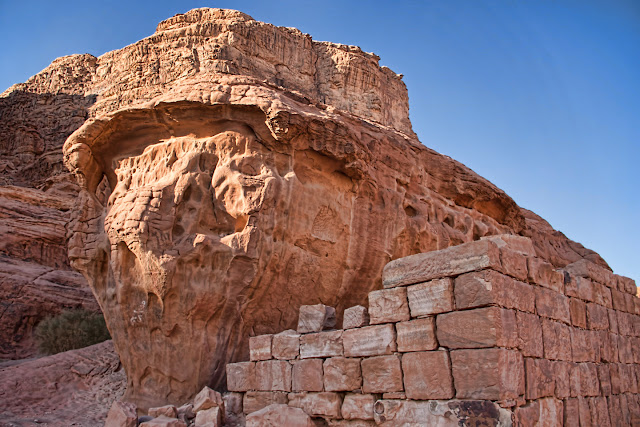 Not exactly a house -- actually ruins around an old Nabataean cistern -- but T.E. Lawrence probably stayed here at some point during the Arab revolt and so it is now and forever named for him. Along with a large puddle known as Lawrence's Spring, and a rock formation near Wadi Rum Village called the Seven Pillars of Wisdom after Lawrence's famous book (I counted only four and a half pillars myself.)

Supposedly the movie Lawrence of Arabia was the reason tourists started visiting Jordan in large numbers, but it's odd that in such a beautiful place, in a region not lacking in history, so much fuss is still made over a random Englishman who did not actually look much like Peter O'Toole.
Posted by Kathleen at 5:12 PM