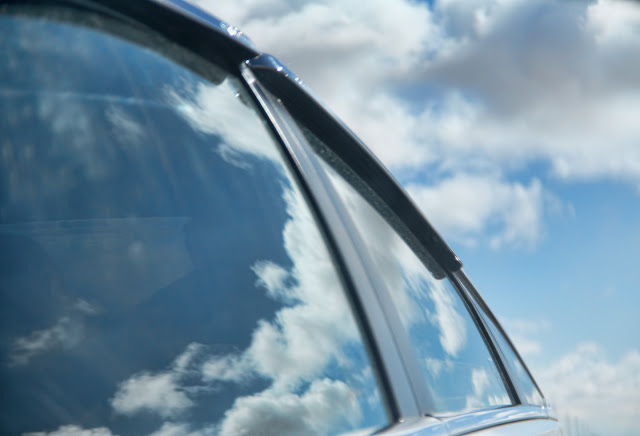 I've been sidelined by a cold that hung around, off and on, for weeks, before taking up happy long-term residence in my lungs. I'm much better, though still in that awful state where I dread the bouts of coughing just because every muscle in my body is already sore from it.

But I do intend to finish up Jordan this weekend if I can. This picture was taken in the side mirror on the highway between Wadi Rum and Amman, where the off ramps led to Saudi Arabia and Iraq to the right, and Syria lay straight ahead. Jordan is a beautiful, peaceful country, but the neighbors suck.

And now the new travel restrictions are going to strangle tourism there even more. Amman is one of the cities where you now have to check laptops and cameras if you're flying to the U.S. (Since Britain is going to apply the same restrictions, I'm going to give our government the benefit of the doubt and assume there is some good reason for this -- the reasoning they gave, of insufficient security in these airports, is laughable.)

I'm not going to put my camera and lenses and laptops into checked luggage; they're far too expensive and fragile. You can get around the restrictions for now simply by doing what I did -- changing planes in Paris or some other European city that's not London on the way home. But for people who won't or can't do that, it will be just one more reason not to visit one of my favorite destinations ever.

And that's a shame.