Not the Lawrence Train 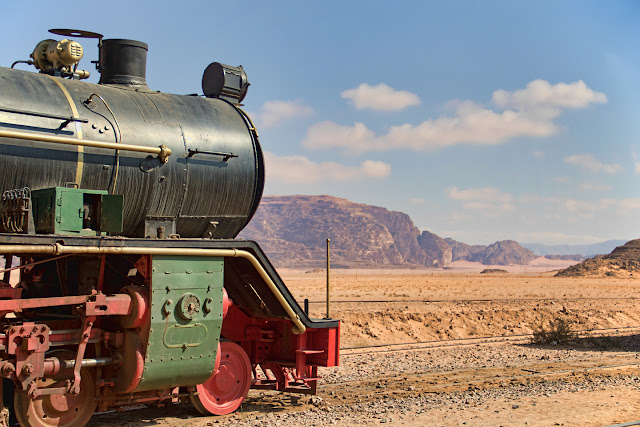 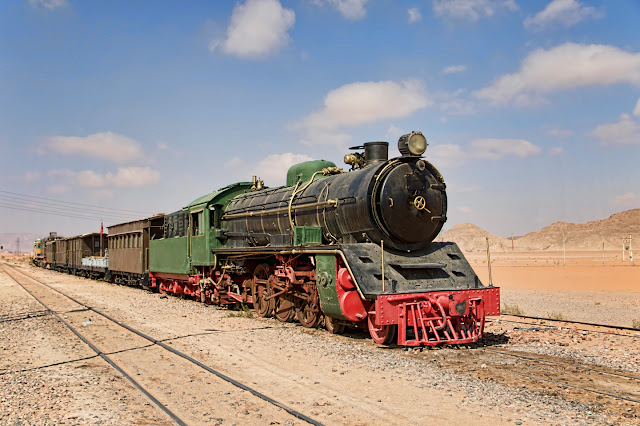 This train is actually parked at the train station just outside Wadi Rum, but since I was writing about Lawrence of Arabia, it's on topic.

I don't think they do it anymore, but this is a replica of the old trains that used to travel through the desert here (complete with a red Turkish flag, which you can just see at the back of the picture on the right) used for re-enactments of the famous train battle scene in the movie. Just in case you've ever fantasized about being attacked by Bedouins while you were minding your own business on a train.

Now if I got to be one of the Bedouins doing the attacking, that might be fun.