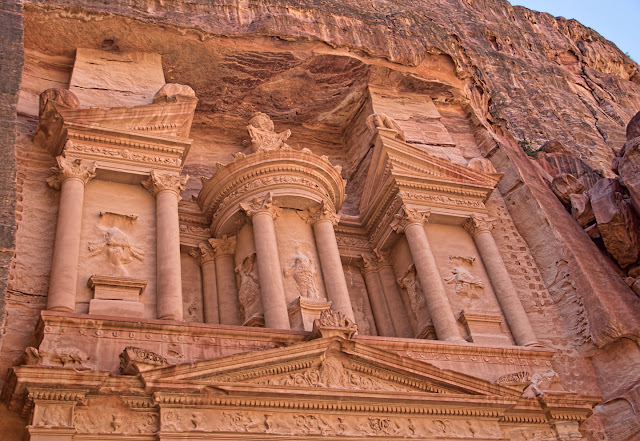 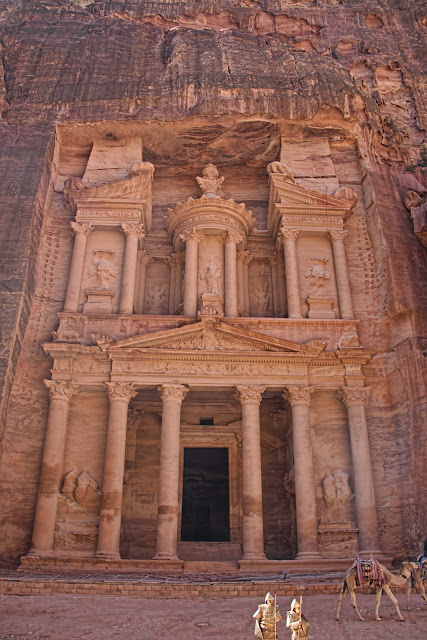 I watched Indiana Jones and the Last Crusade last night instead of doing something productive, just to see the part near the end where Indy and company ride through a narrow desert canyon and arrive at the temple where the Holy Grail is hidden. The canyon and the temple were of course played, most effectively, by the Siq and the Treasury at Petra. And the experience in real life is almost that cinematic, minus the John Williams score.

But in real life, you can have your picture taken with some genuine Roman centurions. Eat your heart out, Harrison Ford.

The Treasury was almost certainly not really a treasury; it was probably either a temple or a tomb. You can't go inside, but there's not much to see there -- just a large square chamber, mostly empty. But there's so much magnificence outside it really doesn't matter.