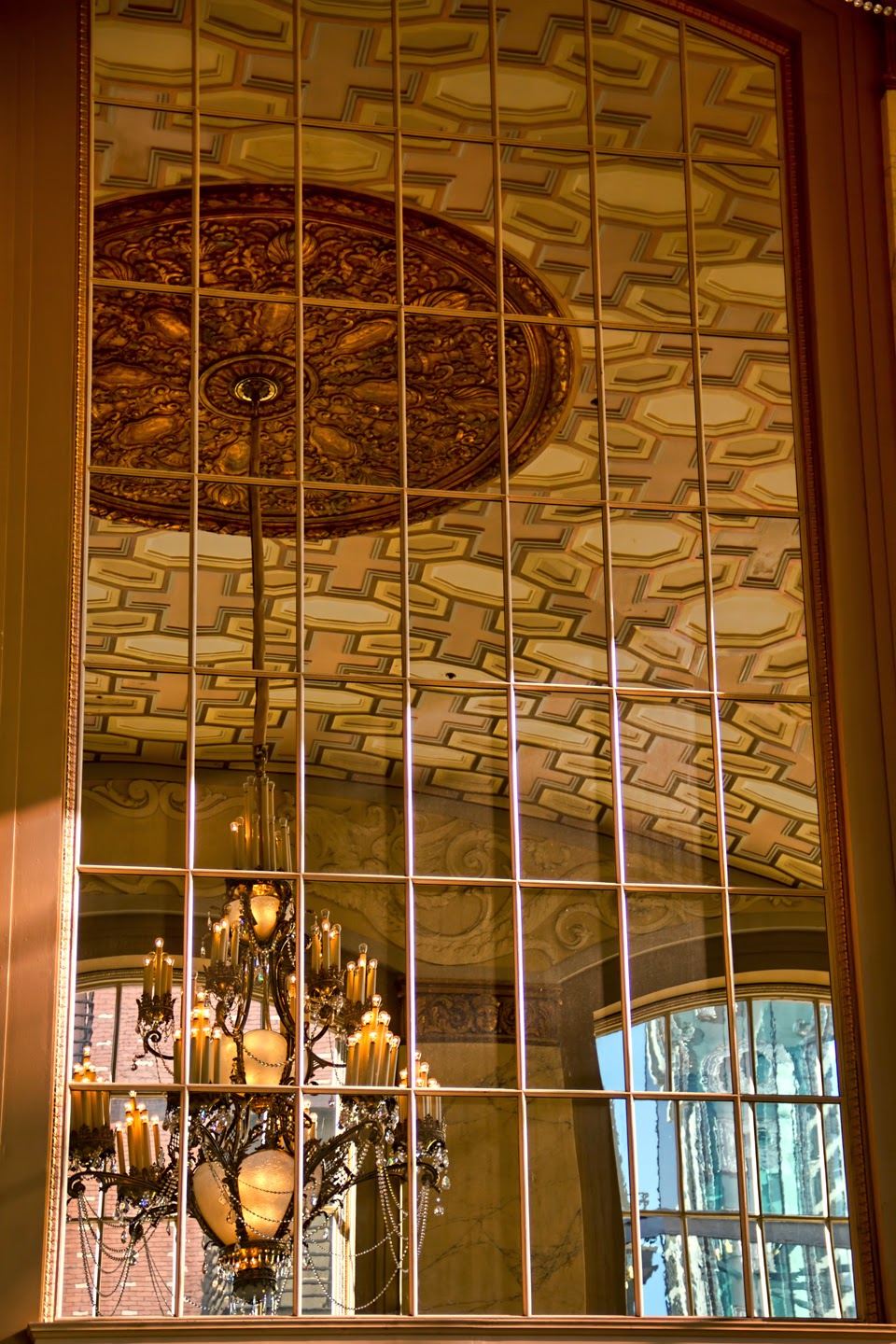 The ceiling at "the Schnitz" -- the Arlene Schnitzer hall where the World Domination Summit is held. It's the only remaining theatre on Portland's Broadway, originally a vaudeville house, then a movie theatre, then a concert hall.

How do you live a remarkable life in a conventional world? Simple question, some simple answers: be brave. Take risks. Do something, even if it's not perfect.

"Jump and the net will appear." That was the advice of Sake Mafundikwa, who worked as a graphic designer in New York for many years before returning to his native Zimbabwe to open a design school. Even though at my age a net doesn't sound like enough -- I also want a helmet, knee pads, shin guards and possibly a parachute -- I also know that big leaps actually consist of thousands of small decisions and little actions.

I met a woman, Franci Claudon, on the river cruise. She worked in HR for many years and now paints full time. She not only gave me excellent advice about my work situation, she also inspired me to admit that the plan I thought I had for the rest of my life was probably no longer an option. And that might be a very good thing.

I took the first steps this week. Little steps, baby steps, but brave ones. I had forgotten how brave I can be.