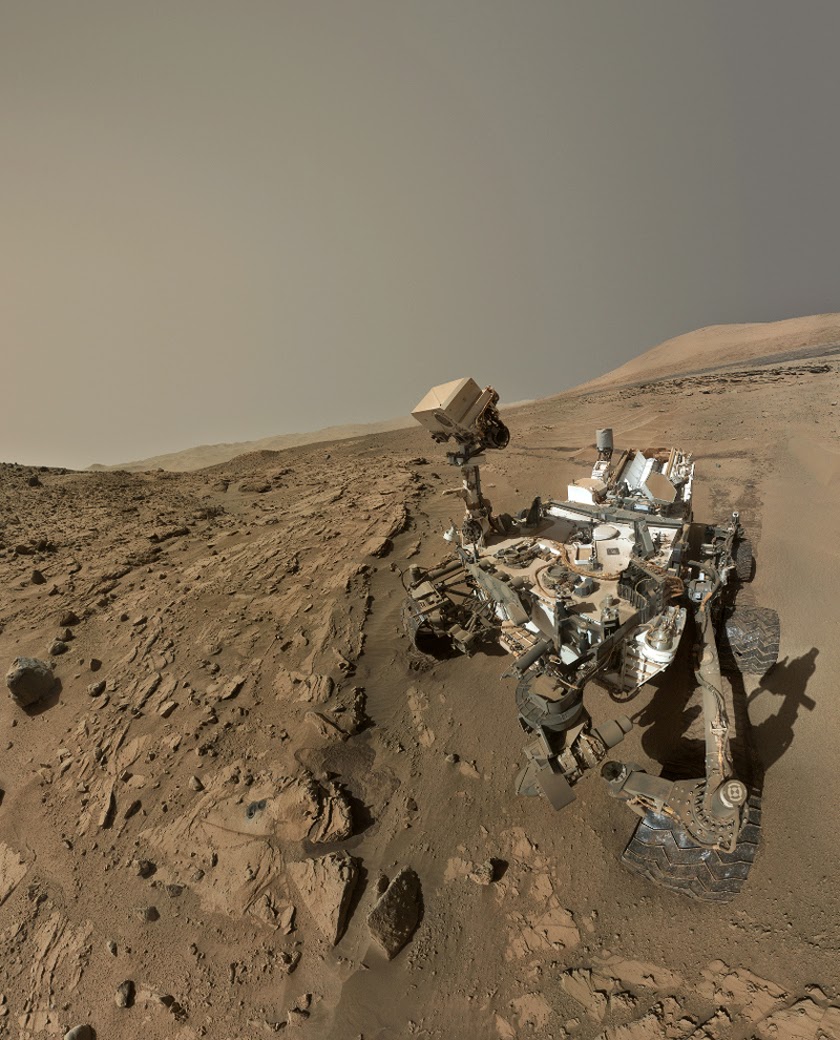 You may have seen this picture already, but I couldn't resist including it: a new selfie from Mars.

This picture of the Curiosity rover, commemorating one Martian year (687 Earth days) spent exploring the planet, was taken the old-fashioned way: Curiosity balanced a camera on a rock, set the self-timer, then ran back to pose and smile just as the shutter went off.

As if! No one takes selfies like that anymore. Curiosity extended its robotic arm and used the camera on the end, just like a teenage girl taking a picture with her phone to post on Facebook. This photo is actually a mosaic of dozens of different shots, excluding any that showed the arm, so the illusion of the camera on the rock -- or the assistance of a passing Martian -- is still there.