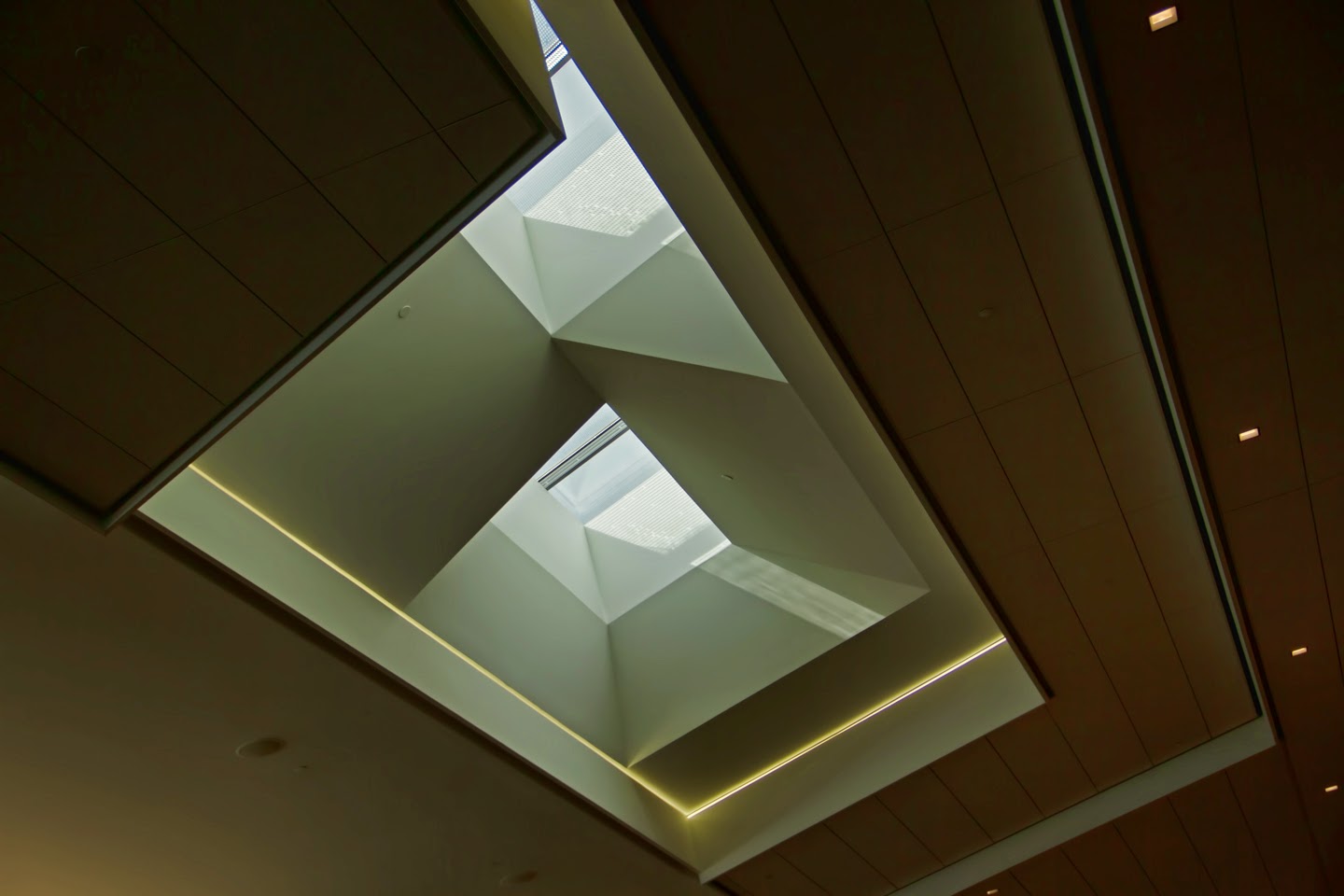 I'm back in New York, and still have many draft blog entries from the past week to publish, but I will try to catch up this weekend.

In the meantime, here's a very cool skylight from SFO yesterday. Wait, you may be asking, weren't you in Portland? How did San Francisco get into the itinerary?

We were booked on a 6 am flight from Portland to Newark yesterday, so we turned in the car at the airport Thursday night, and spent the night at the Radisson. We took the hotel shuttle back to the airport at 4:30 am, and found that our flight had been cancelled, and we had been booked on a 5:50 am flight to San Francisco instead, with a connecting flight to Newark.

There were a few problems with this. First, we only had a 15 minute window to make the connection in San Francisco, which isn't the largest airport, but manages to have gates sprawled over several counties.  Worse, the San Francisco to Newark leg was full, and we were in middle seats in coach. I could have managed the flight in Economy Plus with a little more legroom, but now that they've squeezed every possible inch of space out of regular coach, I can't handle a long flight unless I'm on the aisle. My legs simply don't fit, and my muscles cramp up. And since we were supposed to be in first class on our original, cancelled flight (I had used up miles to book the flights and hotels for this trip) and we had such a lousy experience on the flight out to Portland, I was annoyed enough to do something about it.

And, surprise! It actually worked. I've always heard that you should call the airline 800 numbers instead of dealing with the agents on the ground, so I called United from the gate in Portland, and got a very helpful representative, who found us first class seats on a slightly later flight from San Francisco to JFK. The only remaining problem was that Jayne had already checked a bag through to Newark, but another extremely helpful agent called down to the luggage crew and managed to get the bag rerouted to JFK as well.

So what had started out with the potential for another travel complaint story, with an ominous text from the airline at 4 am telling me to see a representative when I got to the airport, turned into an opportunity to have a breakfast sandwich on Boudin sourdough. Which is worth a little hassle, if you ask me.