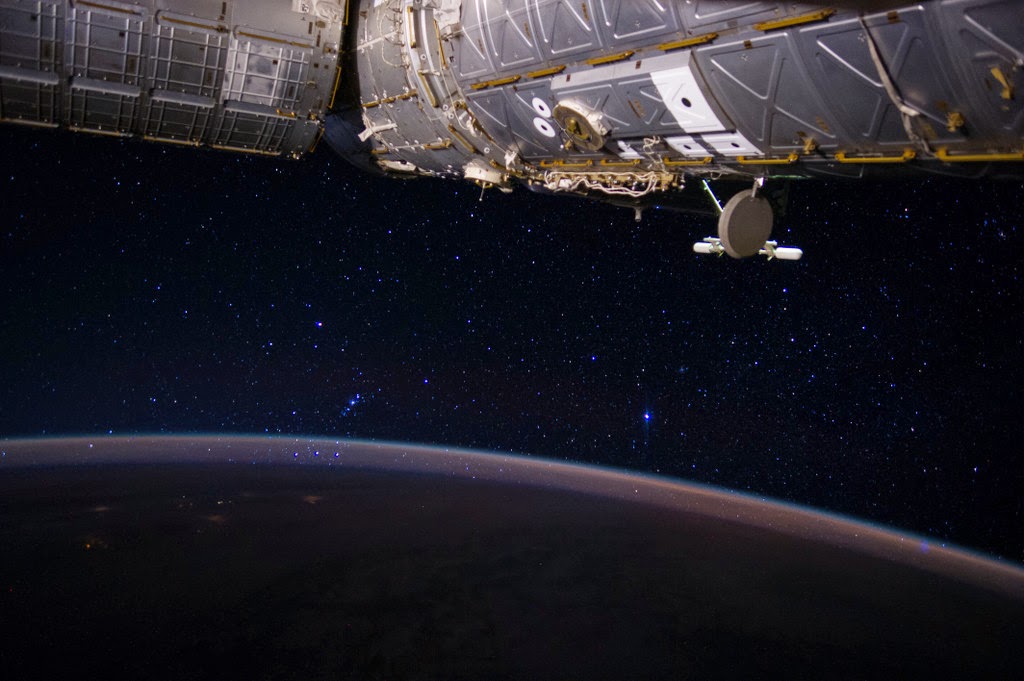 And doing a handstand at the same time. This picture of Orion rising above the Earth's horizon is upside down for those of us used to seeing the hunter from the Northern Hemisphere. You can see the three stars in the belt through the Earth's atmosphere, and above them is the sword. The bright star on the upper left is Rigel, the blue-white supergiant (actually a triple star system, only one of which is a blue-white supergiant) sitting on Orion's knee. (The bright star over to the right of Orion in this picture is Sirius.)

For some reason I find an inverted Orion more disorienting than the rotated moon I saw in the Southern Hemisphere a few years ago. I know I saw Orion in Africa as well; we looked at the nebula through binoculars from the deck of our lodge in Zambia. But it was already overhead, and with all of the unfamiliar stars we were seeing for the first time, I never noticed that the constellations were doing cartwheels around the upside-down moon.