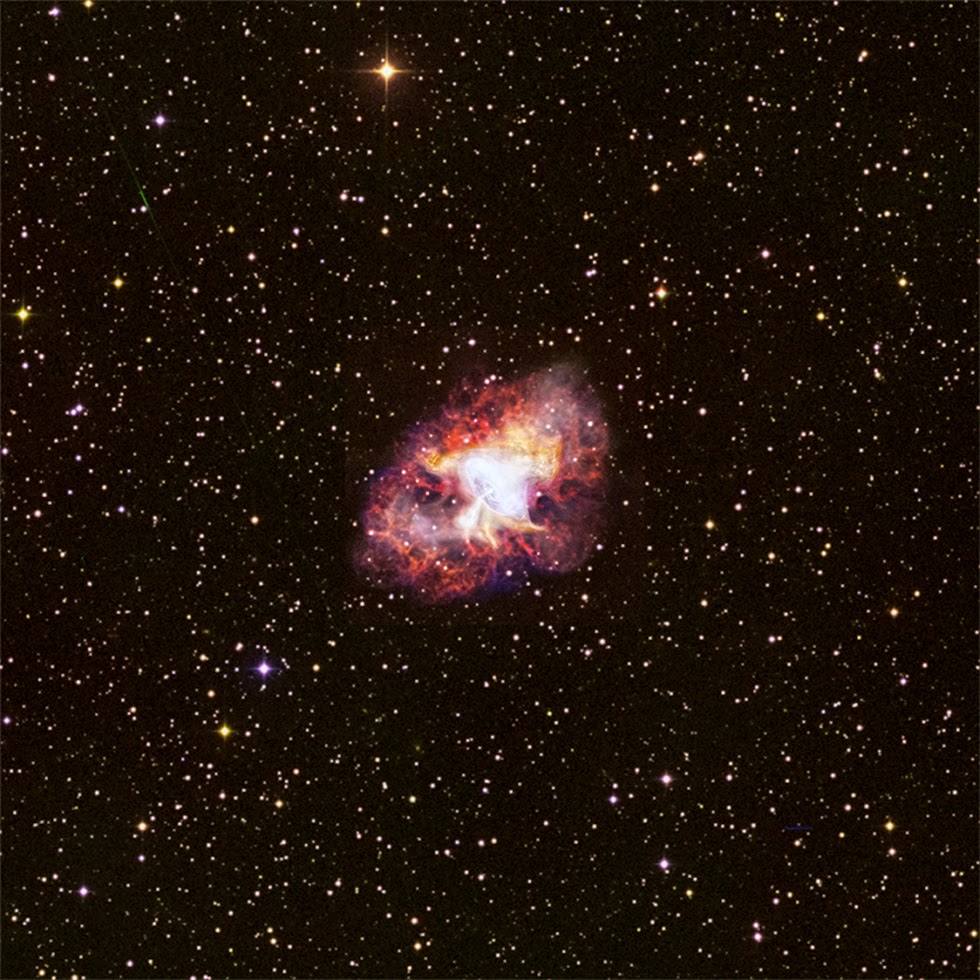 This is the Crab Nebula, in Taurus.

It may not look that exciting -- there are much bigger, cooler nebulae out there -- but it's been far more important to the history of astronomy than, say, the Horsehead Nebula, which gets all the Hubble glamour shots.

The most interesting is that it's the first astronomical object that was recognized as being the result of a supernova. In the early 20th century, astronomers looked at photographs of the nebula taken years apart and realized that it was expanding; by calculating the rate of expansion, they were able to confirm it was the remnants of a "guest star" bright enough to be seen during the day that was recorded in the same location by Chinese astronomers in 1054.