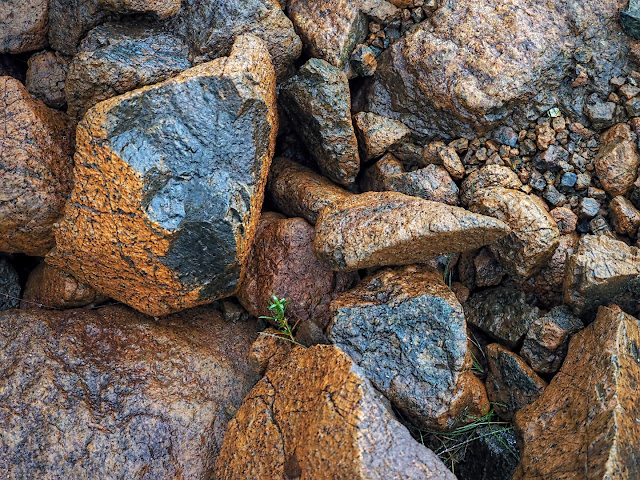 This is peridotite, an igneous rock found in the upper mantle below the Earth's crust. The Tablelands in Gros Morne is one of the few places on the planet where peridotite has been forced up to the surface.

You can see its dark green color in the broken stones; the surfaces oxidize to that rusty yellow color. I'm a novice at geology; when I think of what lies beneath the crust of our planet I immediately picture magma: molten, angry, bright red. So I loved learning that under the mountains, under the oceans, the mantle that makes up most of our planet is, at least at the upper levels, actually -- green.
Posted by Kathleen at 10:12 PM