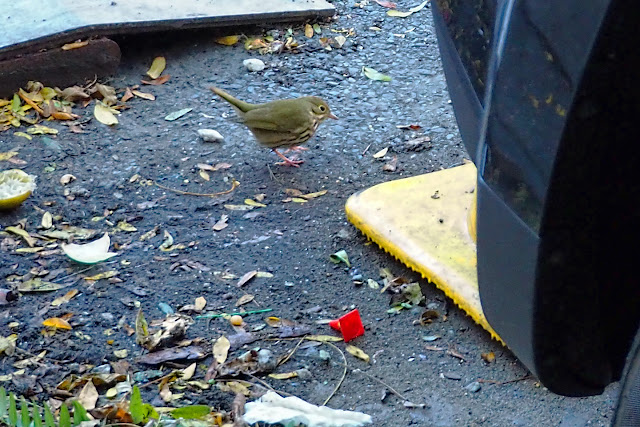 Not a great photo, but this is a rare sighting -- or at least, a rare sighting for West 45th Street. I smiled at a group of house sparrows picking through the garbage and dead leaves near a construction site, and then noticed that one of the sparrows was a little strange looking -- greenish rather than brown.

There are plenty of ovenbirds in Central Park this time of year, but you don't usually see them on the sidewalks of Hell's Kitchen. (You usually don't see any birds on the streets of Manhattan except for house sparrows, starlings and pigeons.) I assume he found his way back to the park eventually, or maybe he just decided to see a little more of the city, maybe take in a show, until it was time to resume his journey south.