My own Antonioni moment 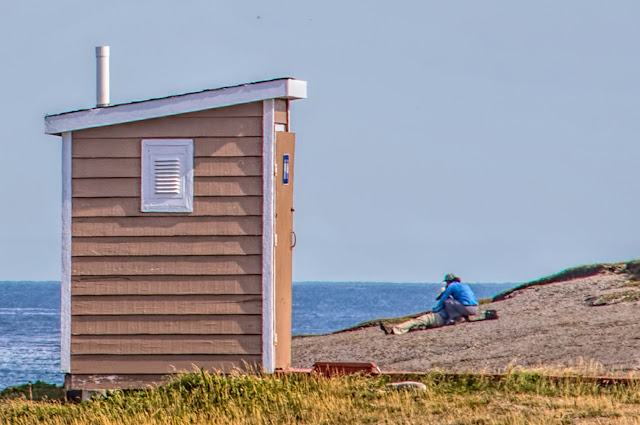 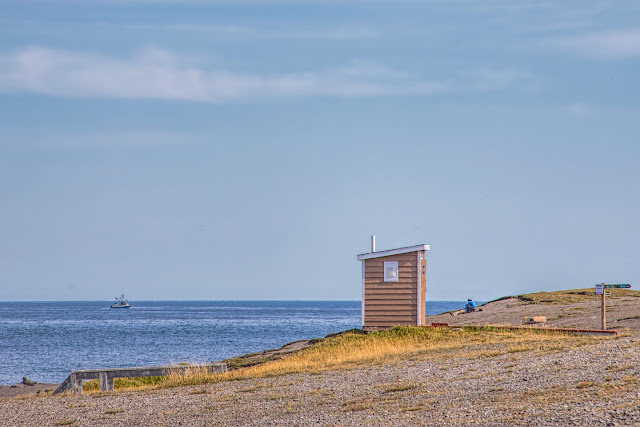 This building was near the Point Riche lighthouse and the beach with the caribou. I don't think I noticed the people in the background when I took the picture; I just liked the building and the boat in the distance.

But when I was cleaning and cropping, I took a closer look and it looks as though there could have been, if not a murder, at least some kind of emergency. A man seems to be lying on the ground, held up from behind by a woman. His head looks like he's slumped over. Is he sick or injured and she's trying to help him? Are they just goofing around? It's impossible to tell. There wasn't any shouting or calling for help -- I would have noticed that, and other people were around -- so I assume it wasn't too serious. But it definitely gave me a start.

Everyone has a camera now, all the time, so it's no longer a question of whether something gets photographed, it's whether we'll understand what we're looking at, like poor David Hemmings finding  that the blur in his photos of the London park was really a dead body in Blowup.