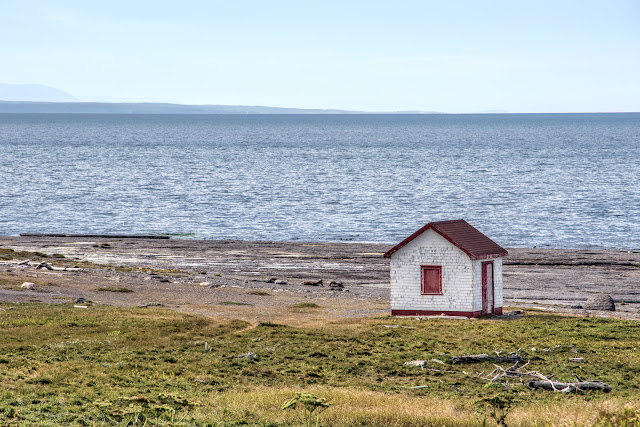 We stopped for a group photo at a monument with this as a backdrop. Afterwards, I took several photos of this little building out in the middle of nowhere without noticing that the brown lumps to the left were caribou.

The name Port au Choix does not mean “Port of Choice”, by the way -- the Basque fishermen who visited in the 16th century called it Portutxoa, or Little Port. Later it was part of an area where the French had rights to fish, and the name morphed into its French soundalike.
Posted by Kathleen at 7:19 AM