Grandma, what big baleen you have! 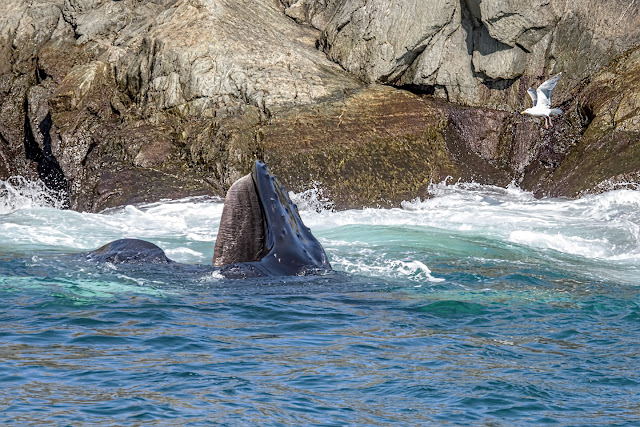 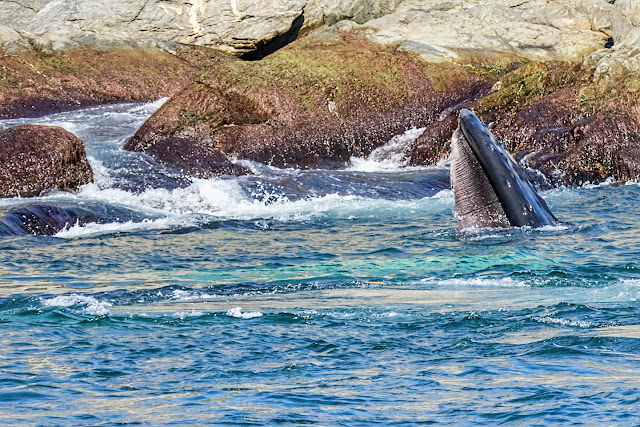 The picture on the left is of a humpback's head, but what isn't obvious -- or at least, it wasn't, for me -- is that it's really only the upper jaw. I had to Google images of humpbacks feeding in order to make sense of the various whale body parts I saw.